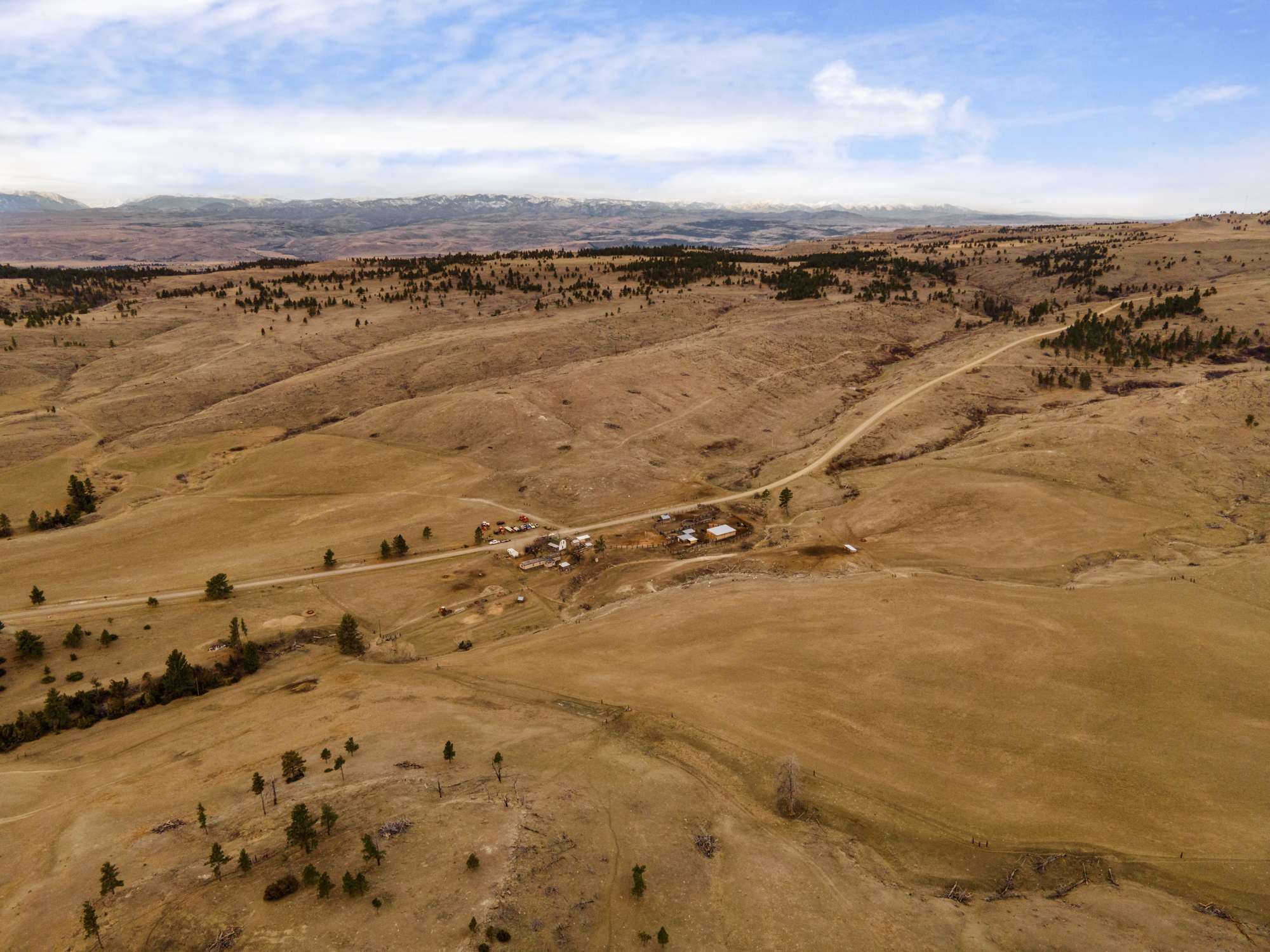 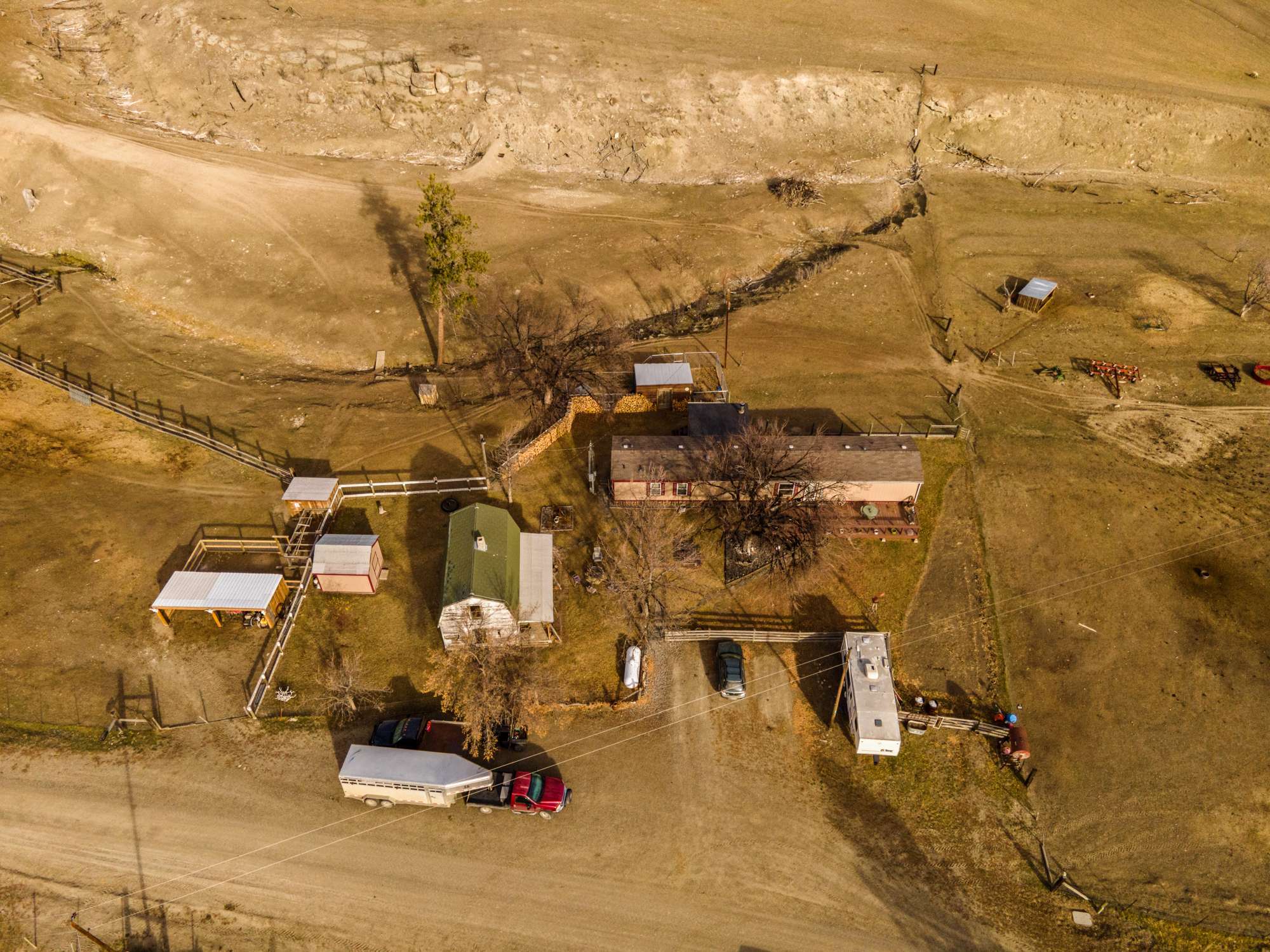 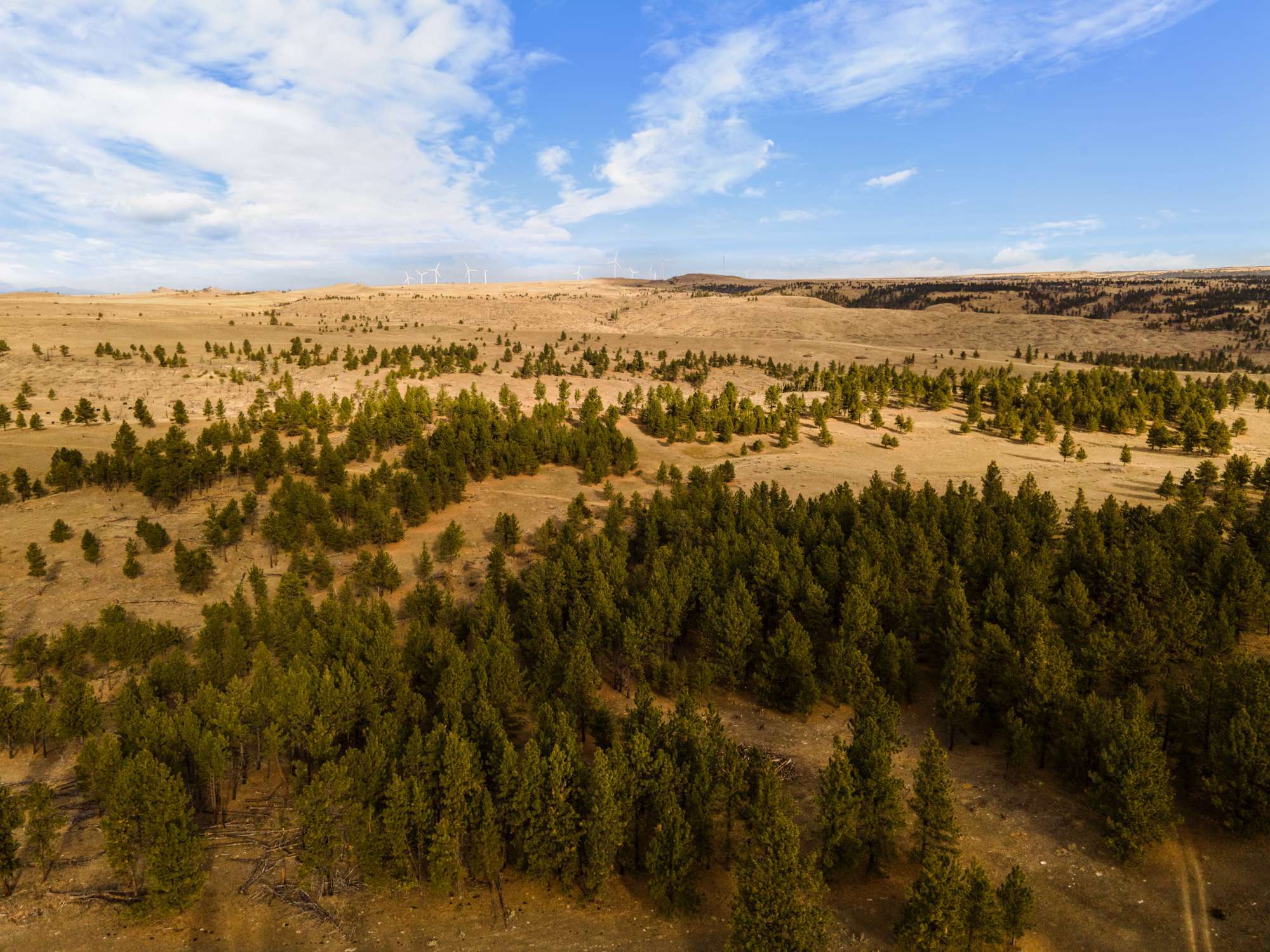 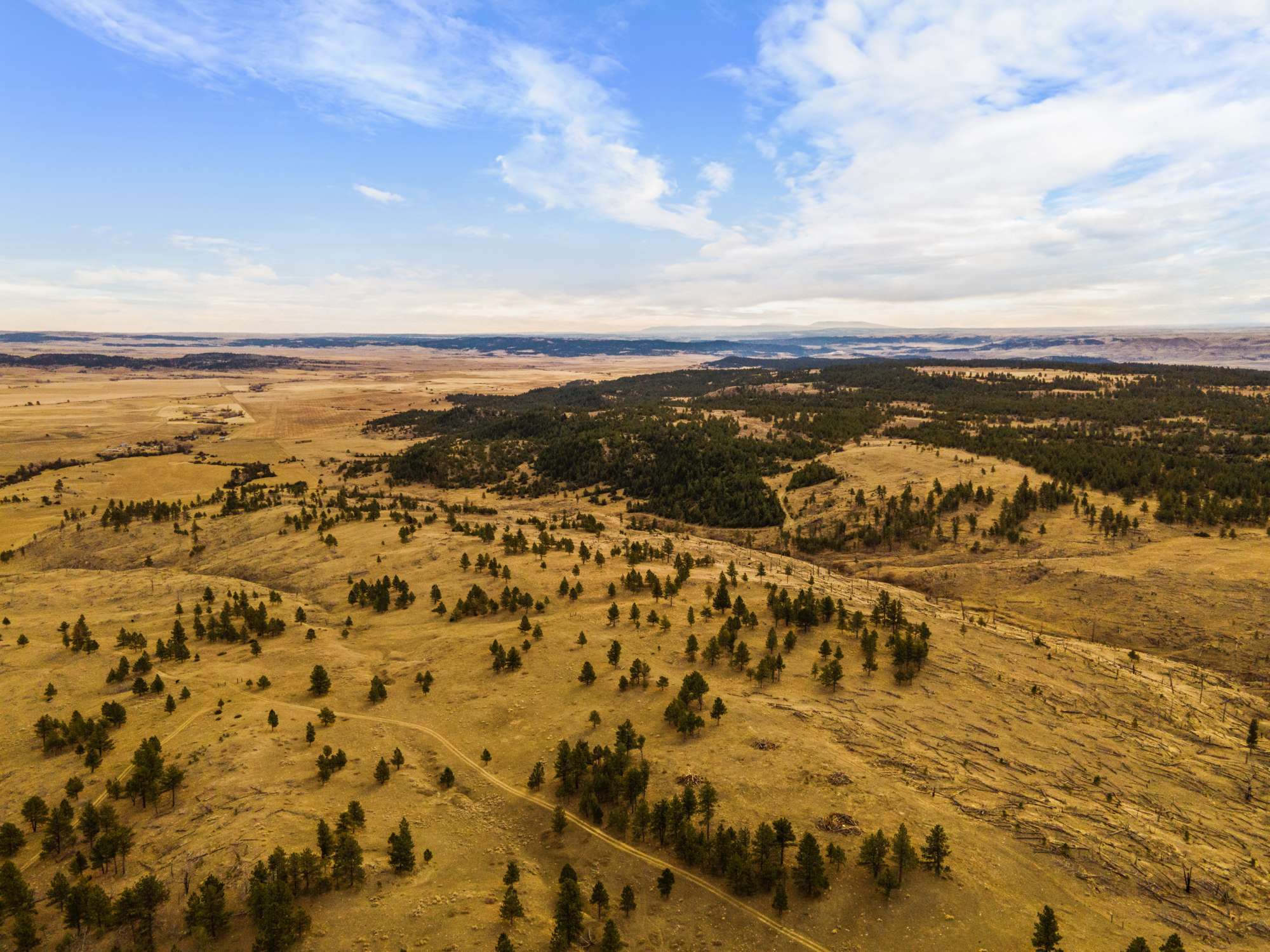 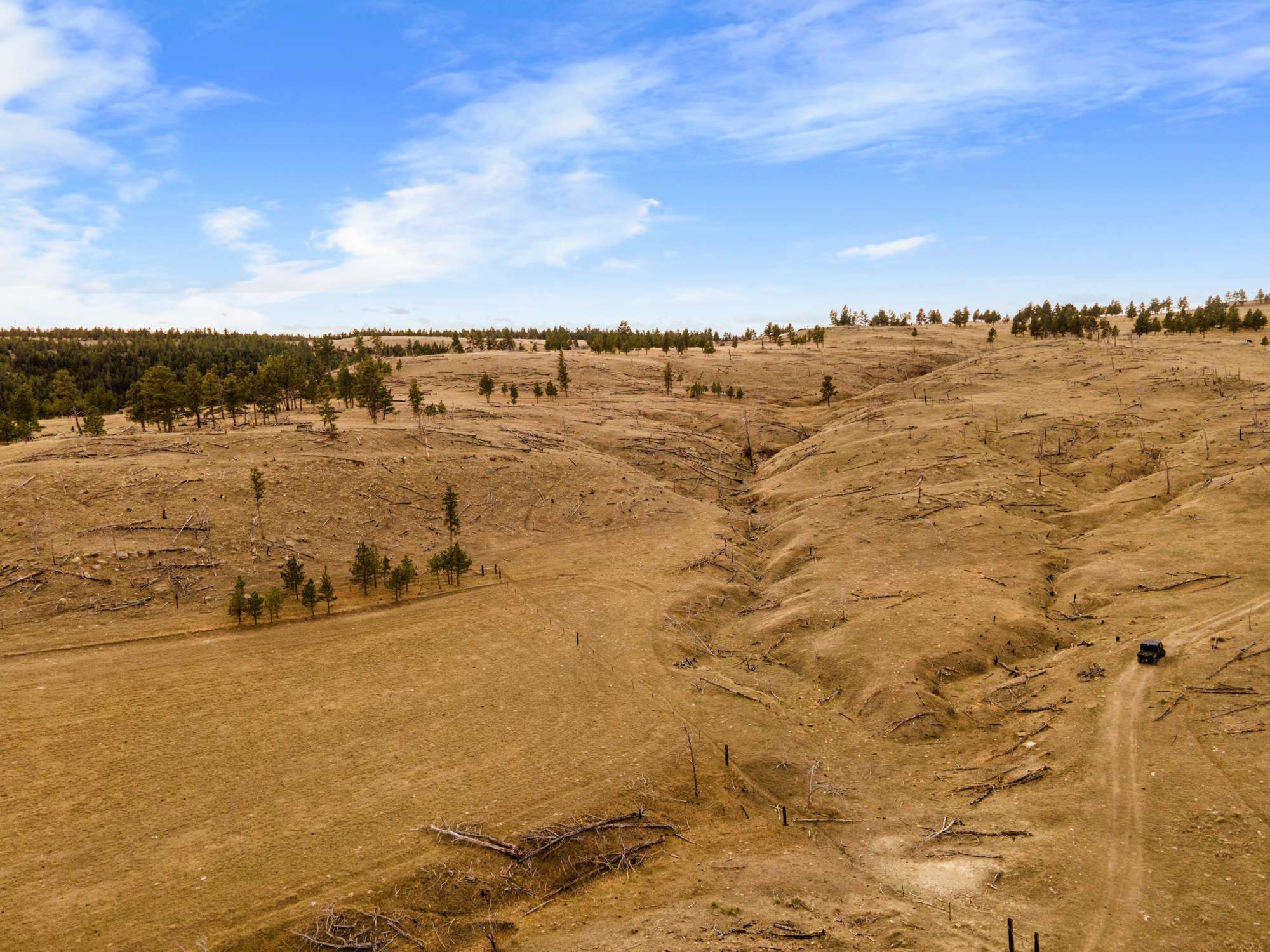 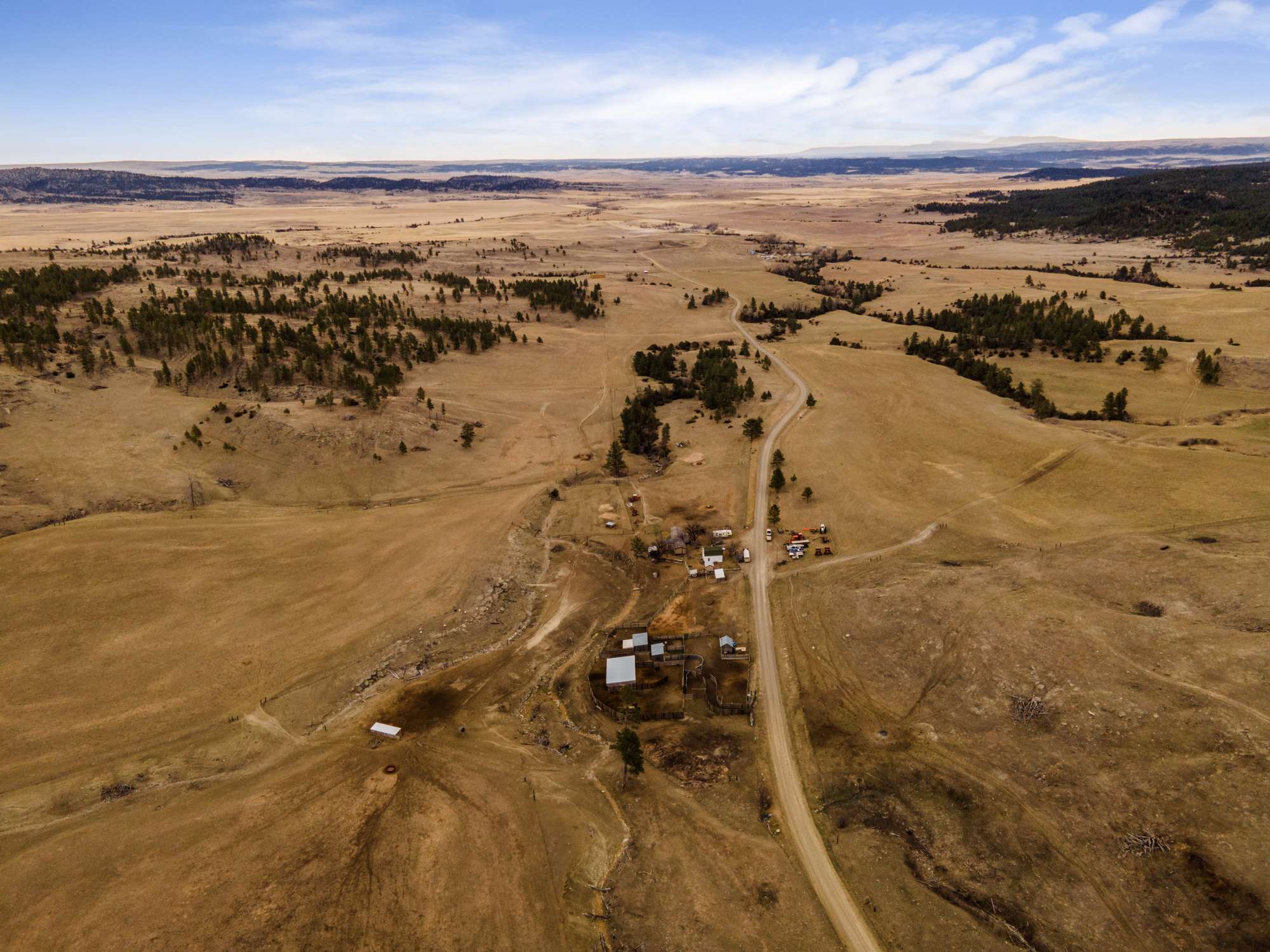 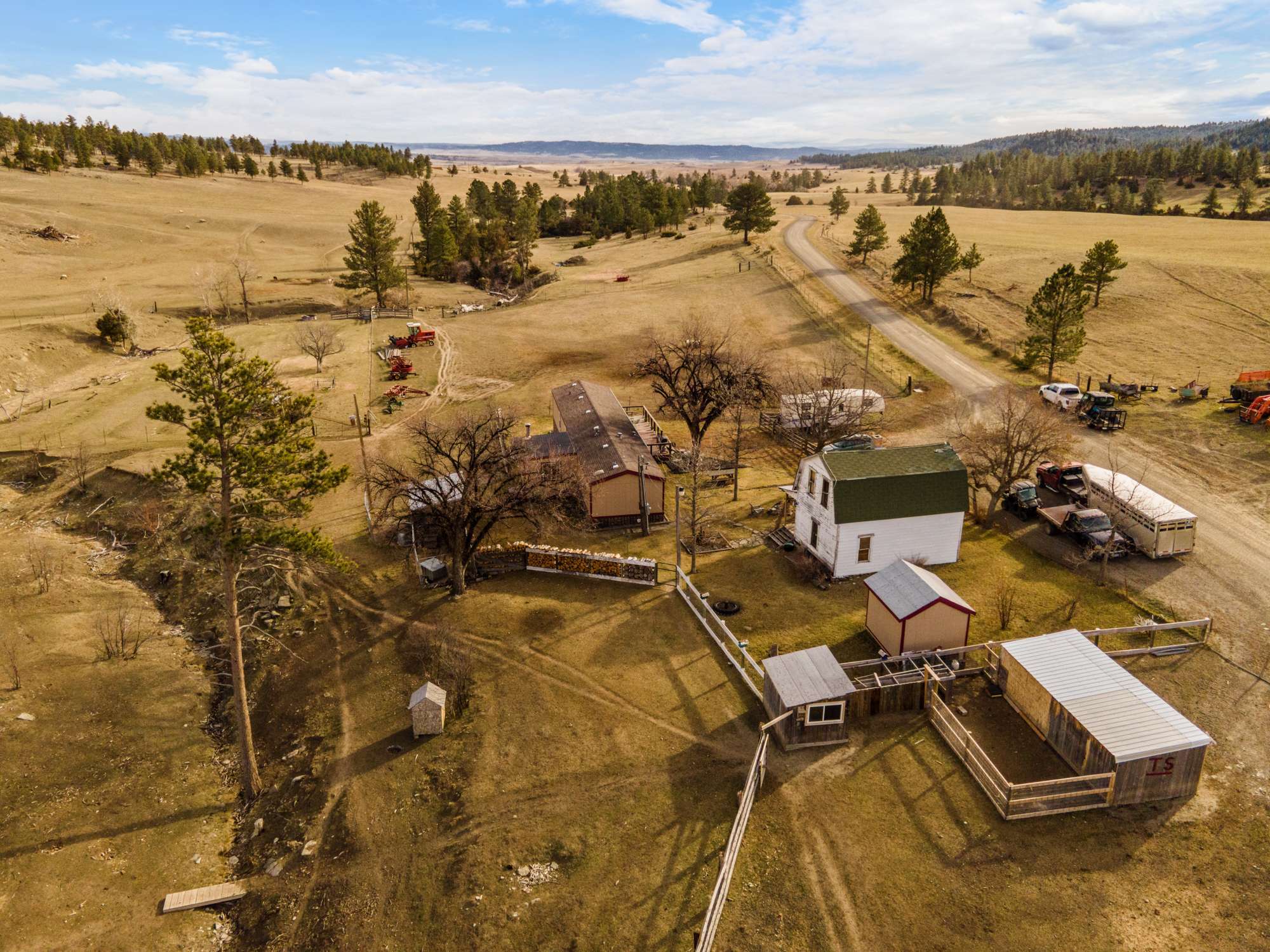 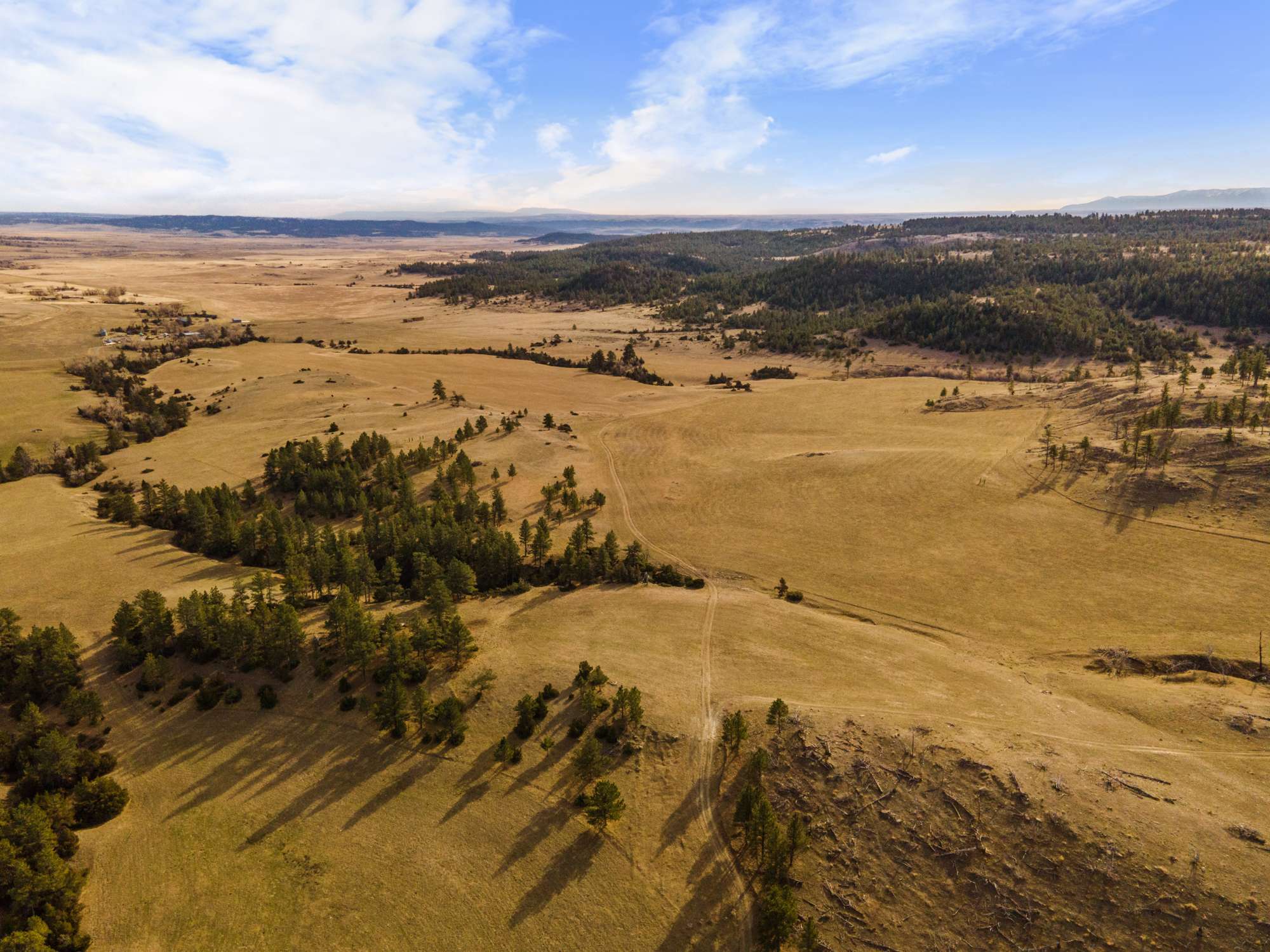 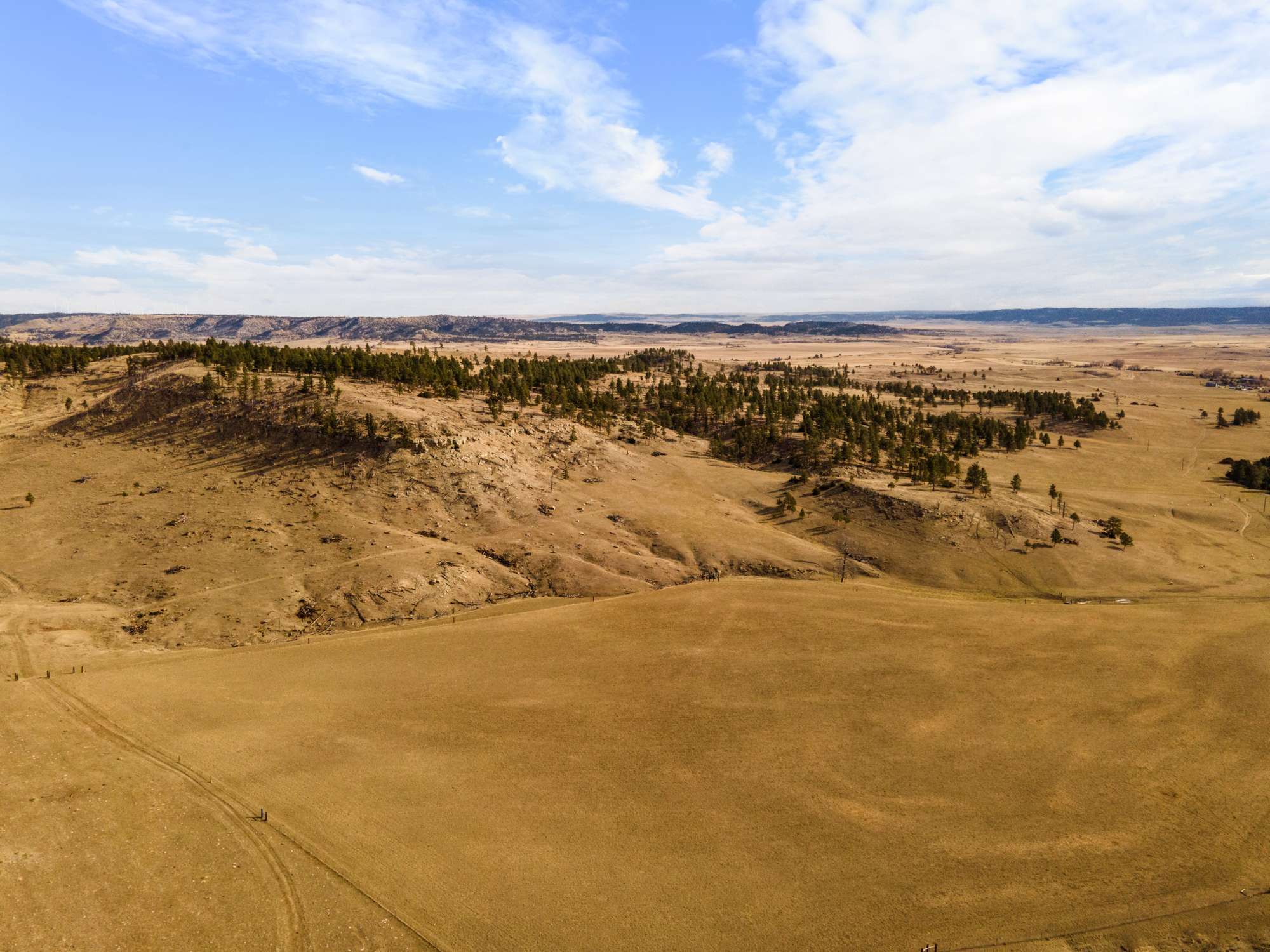 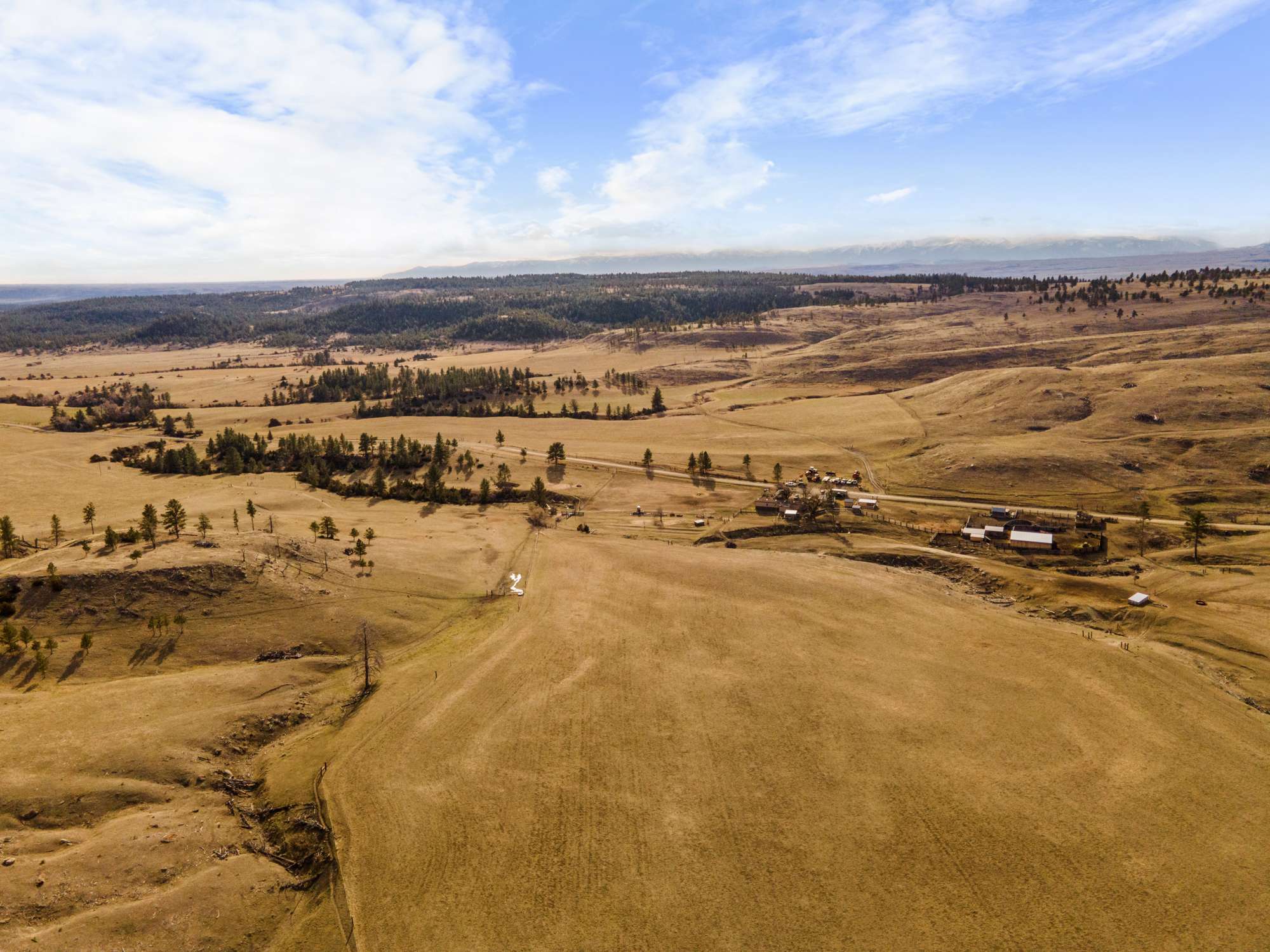 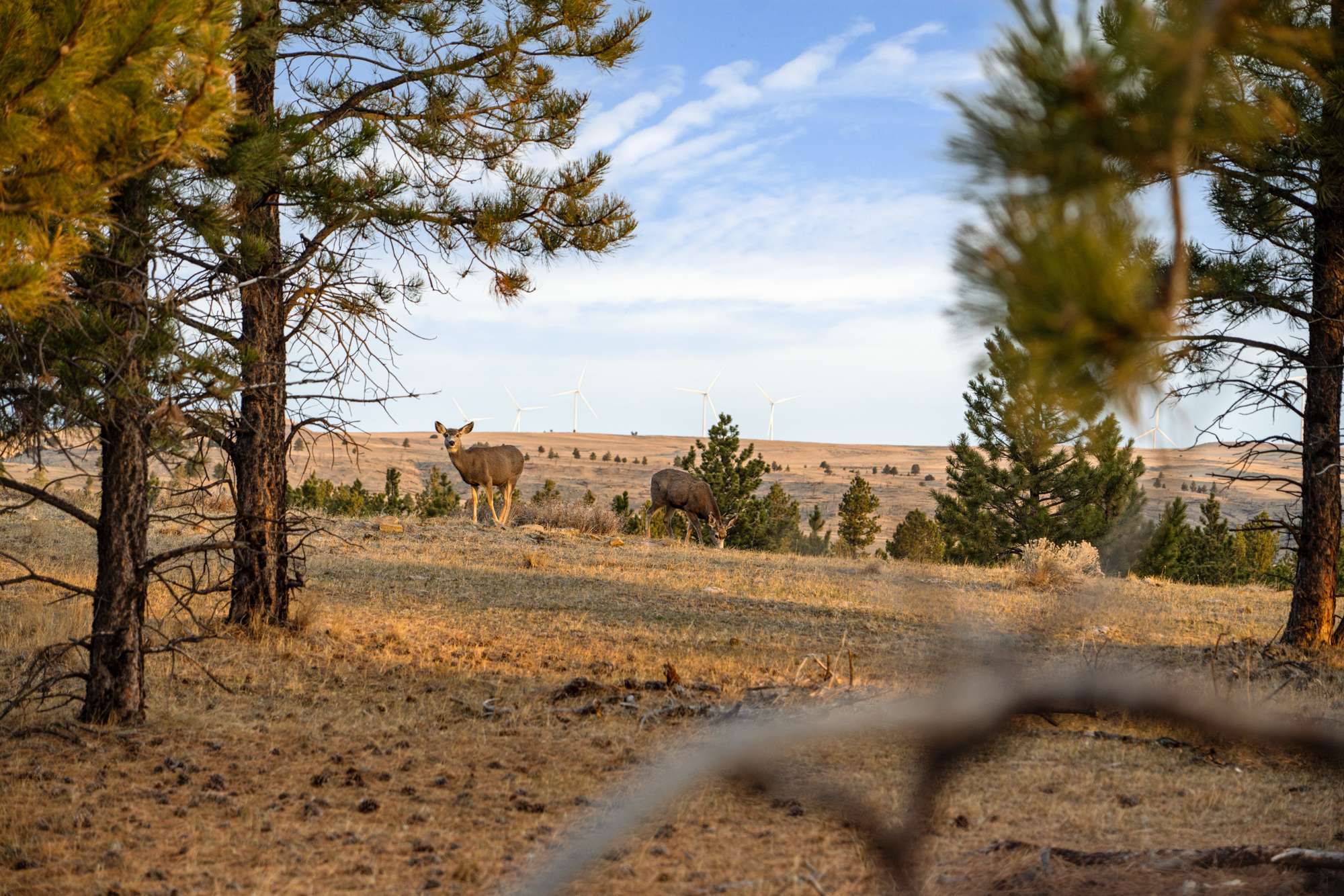 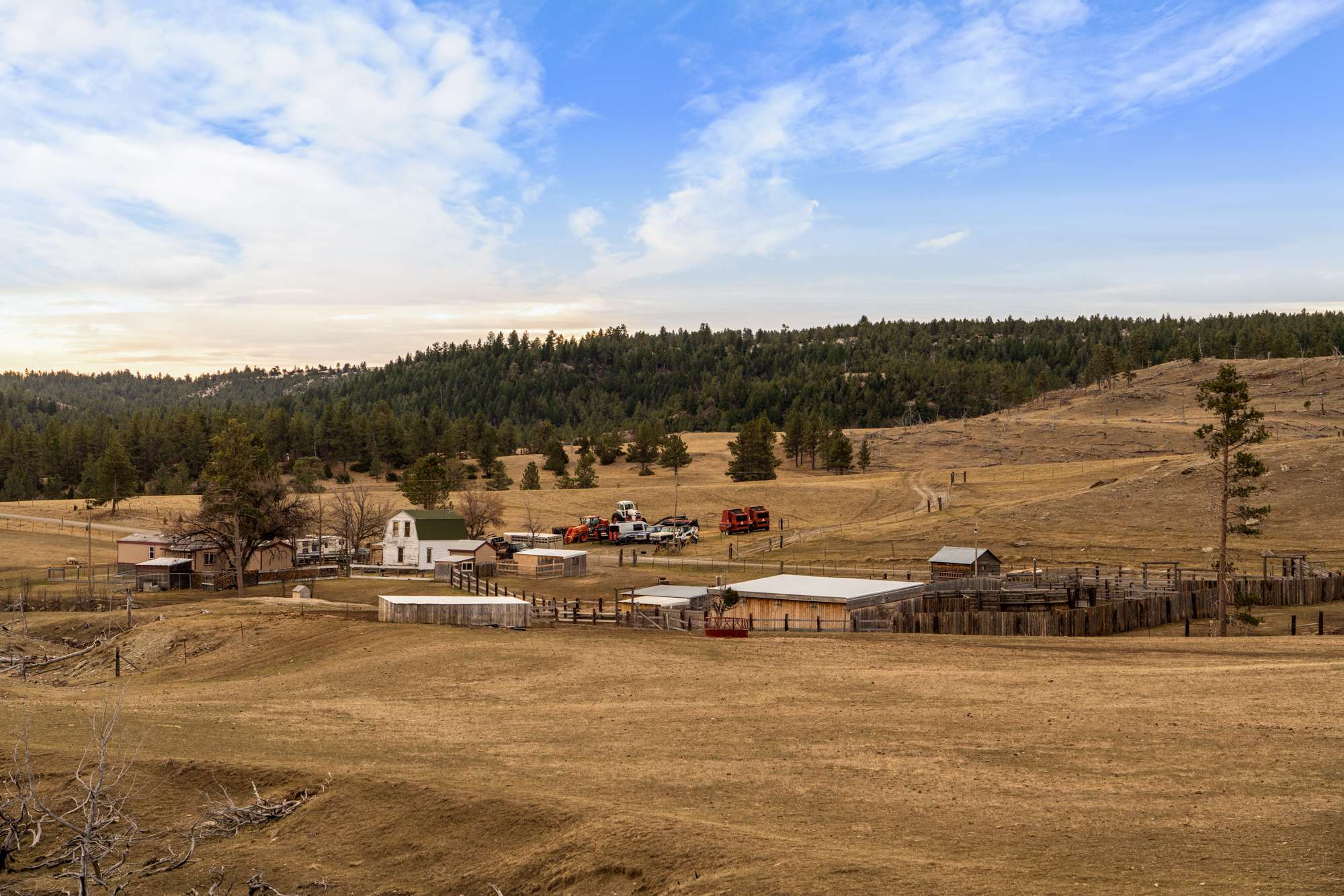 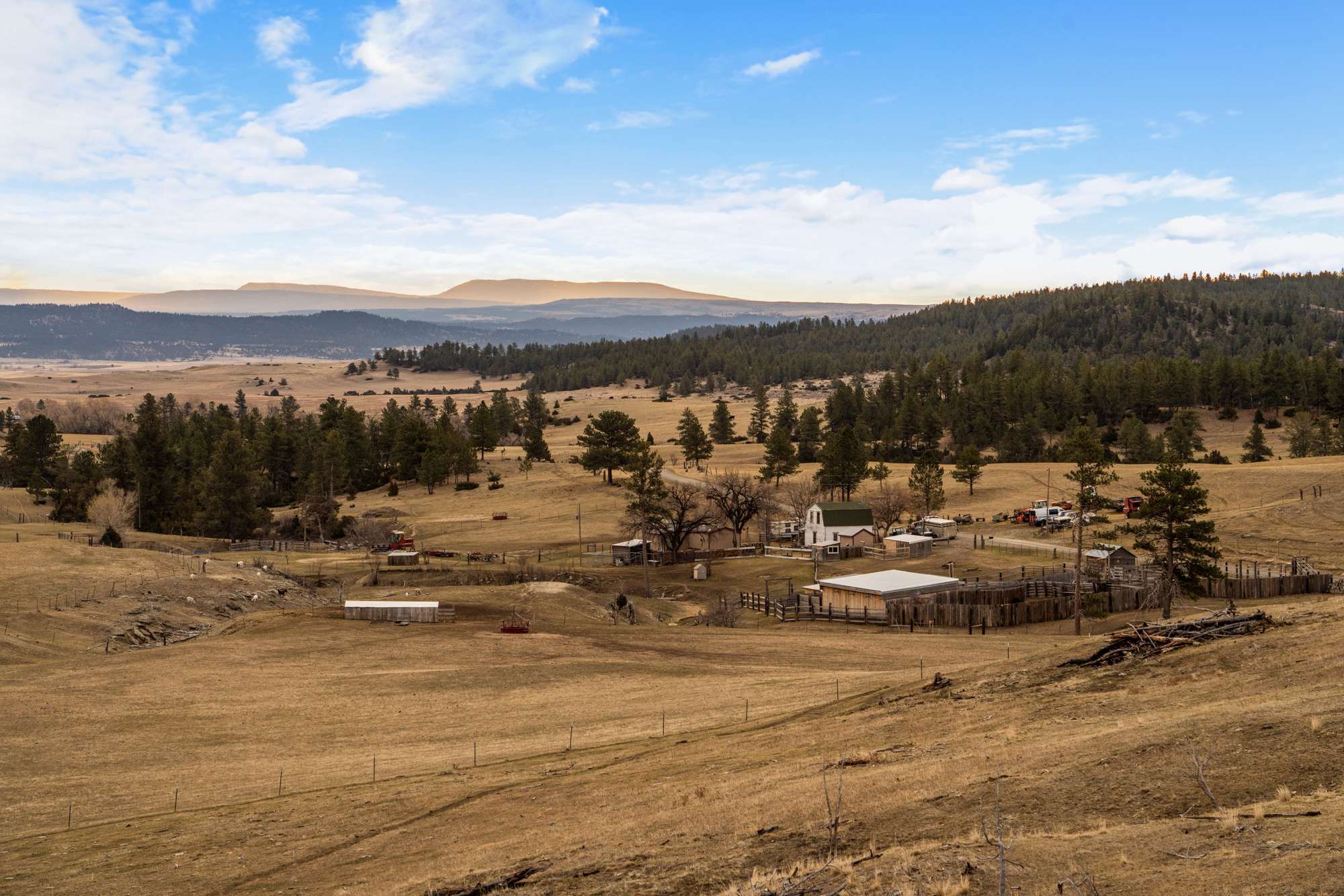 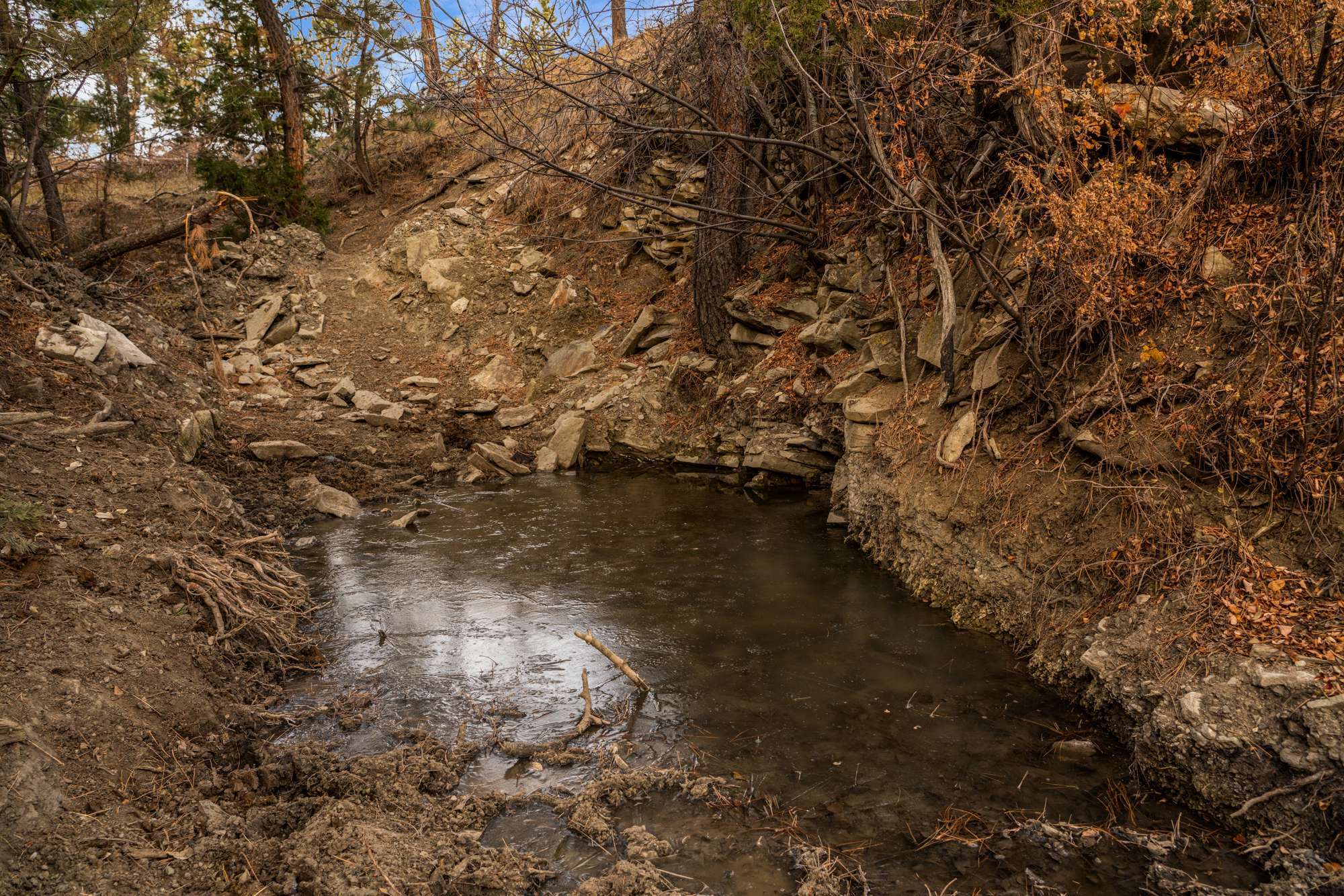 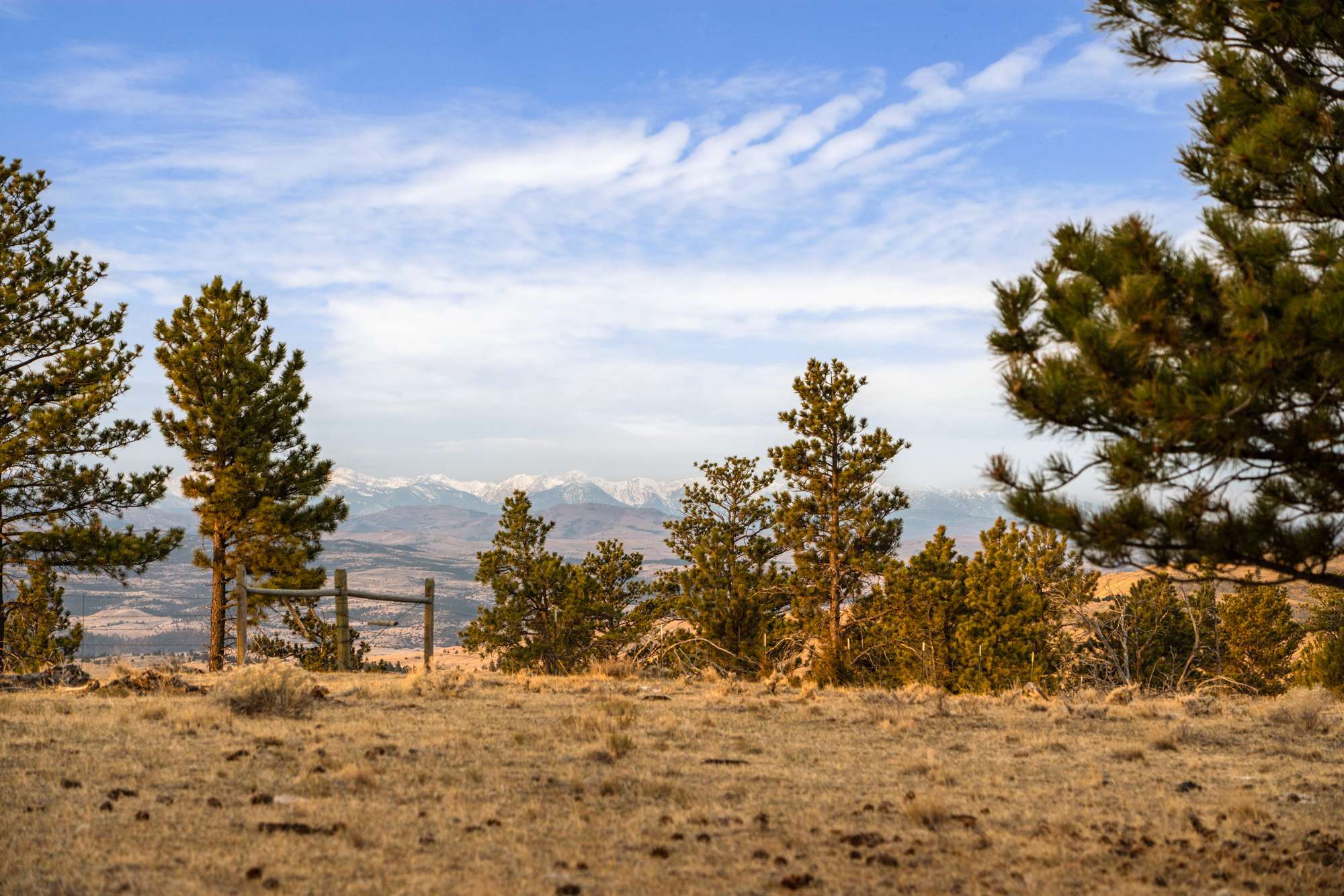 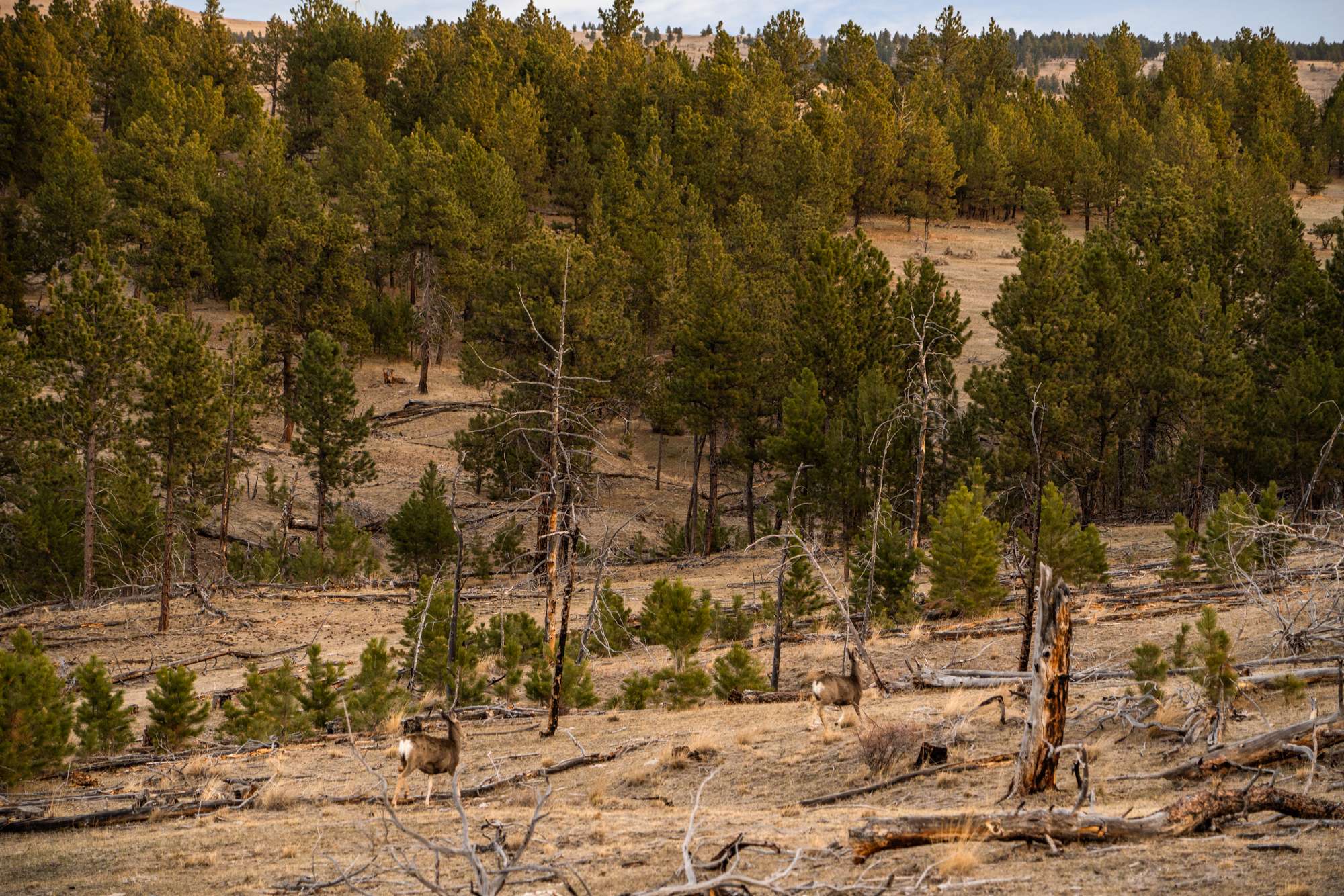 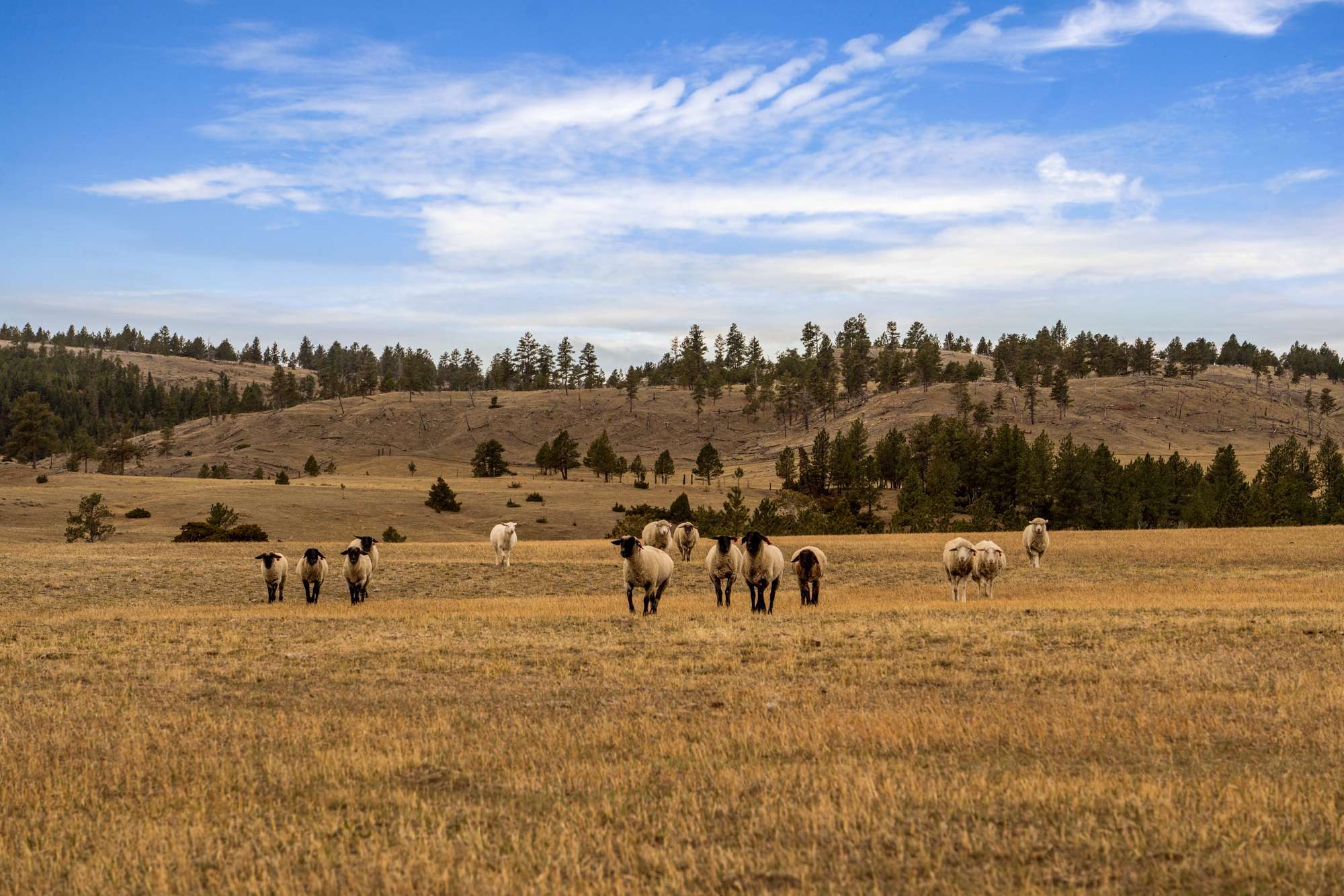 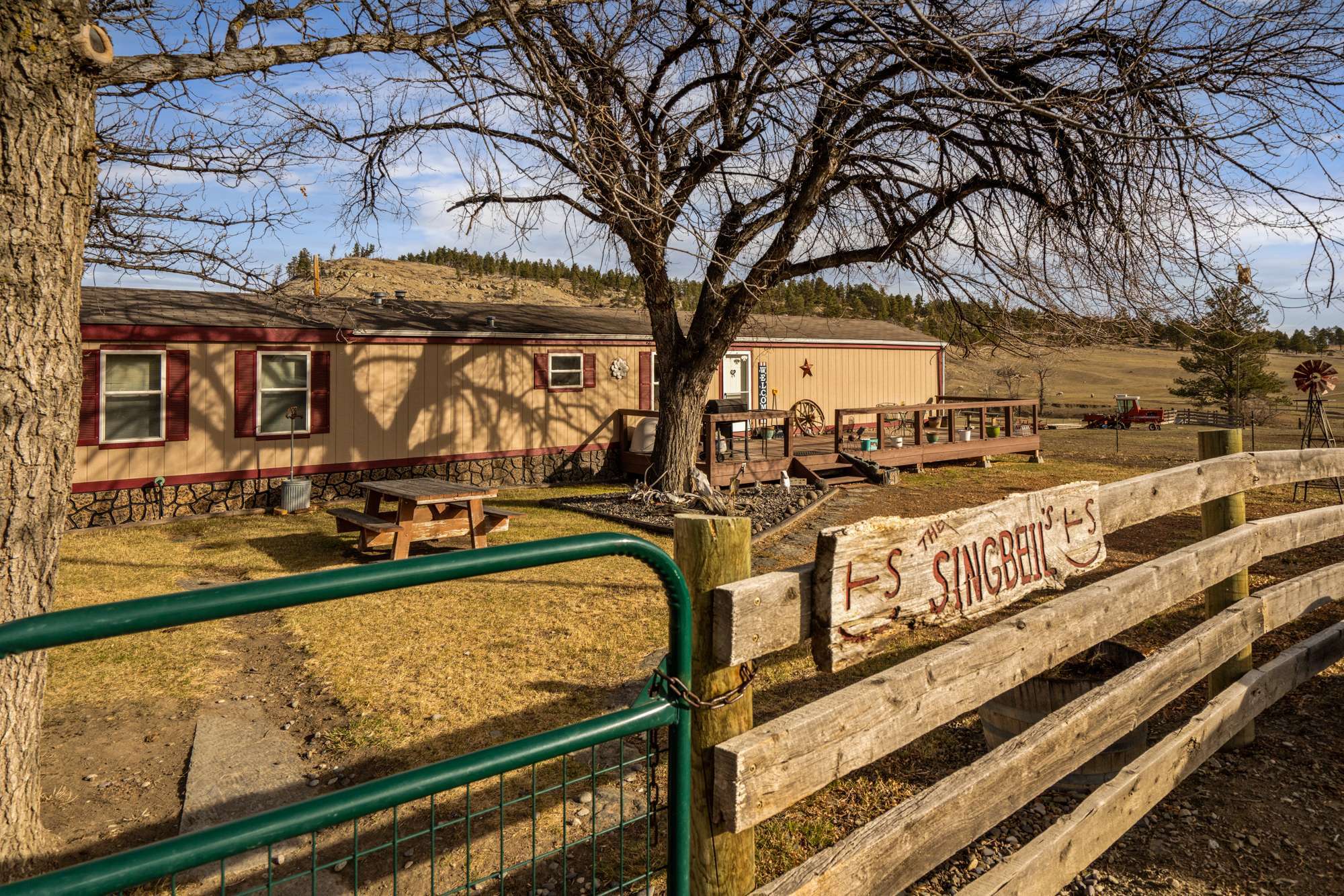 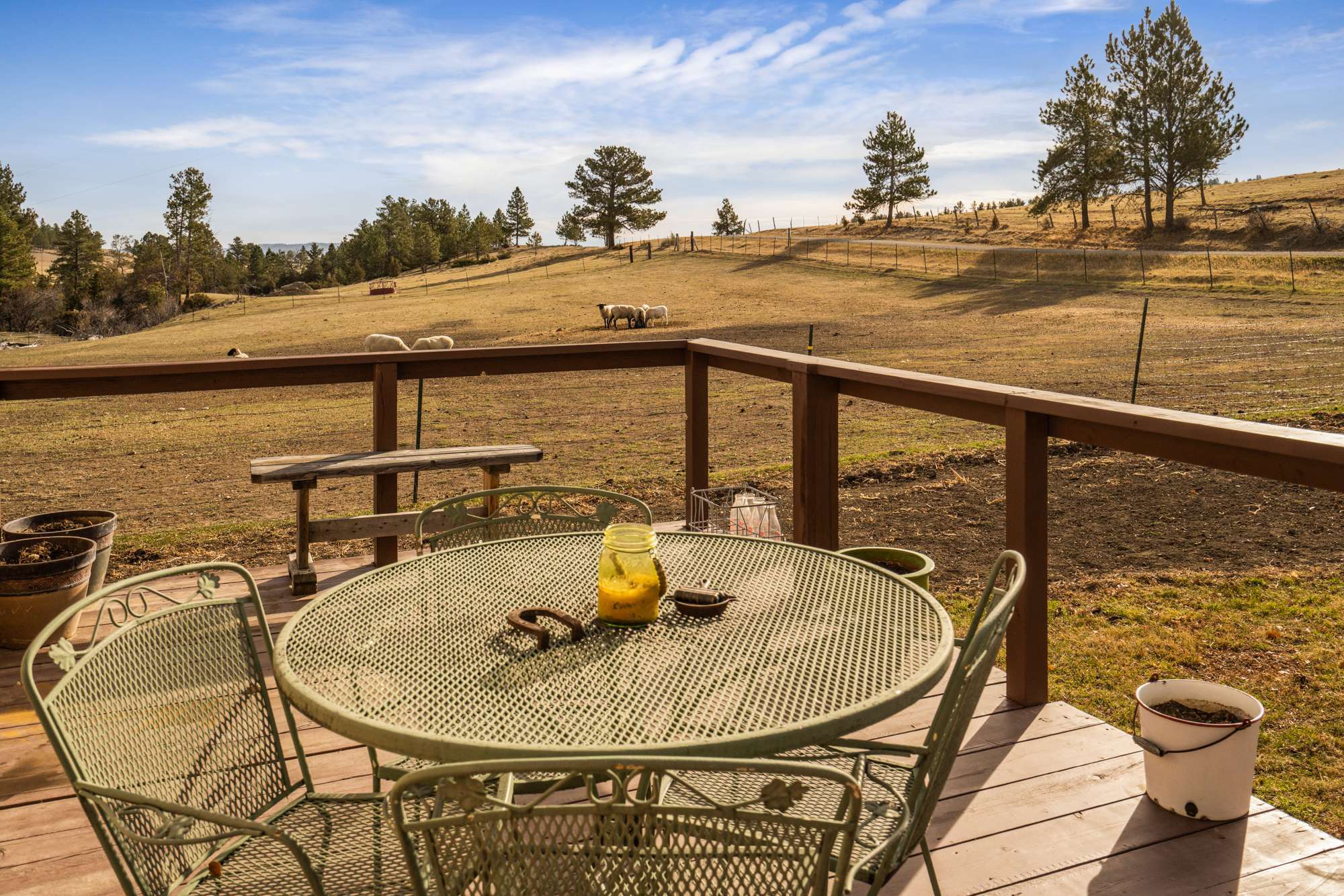 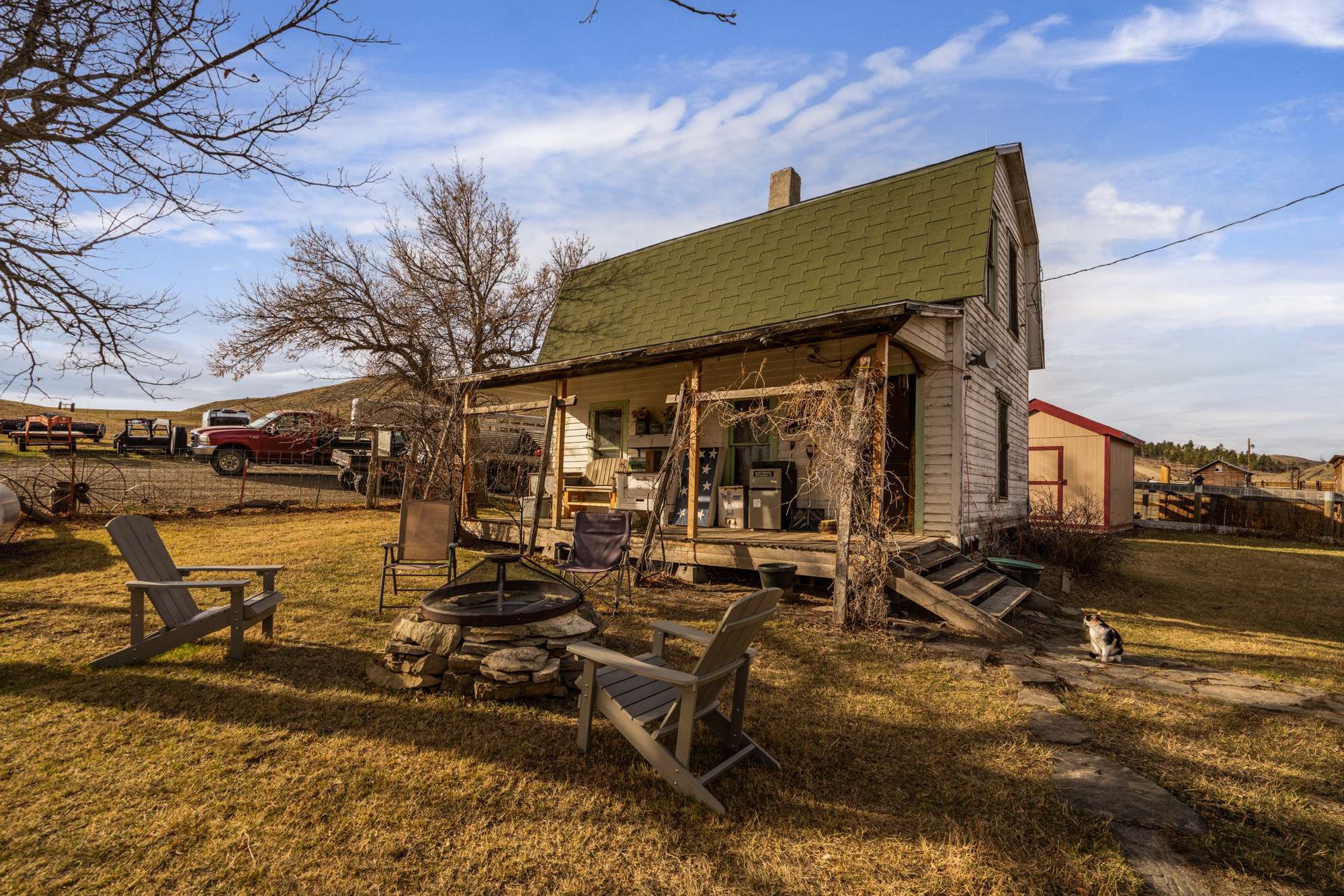 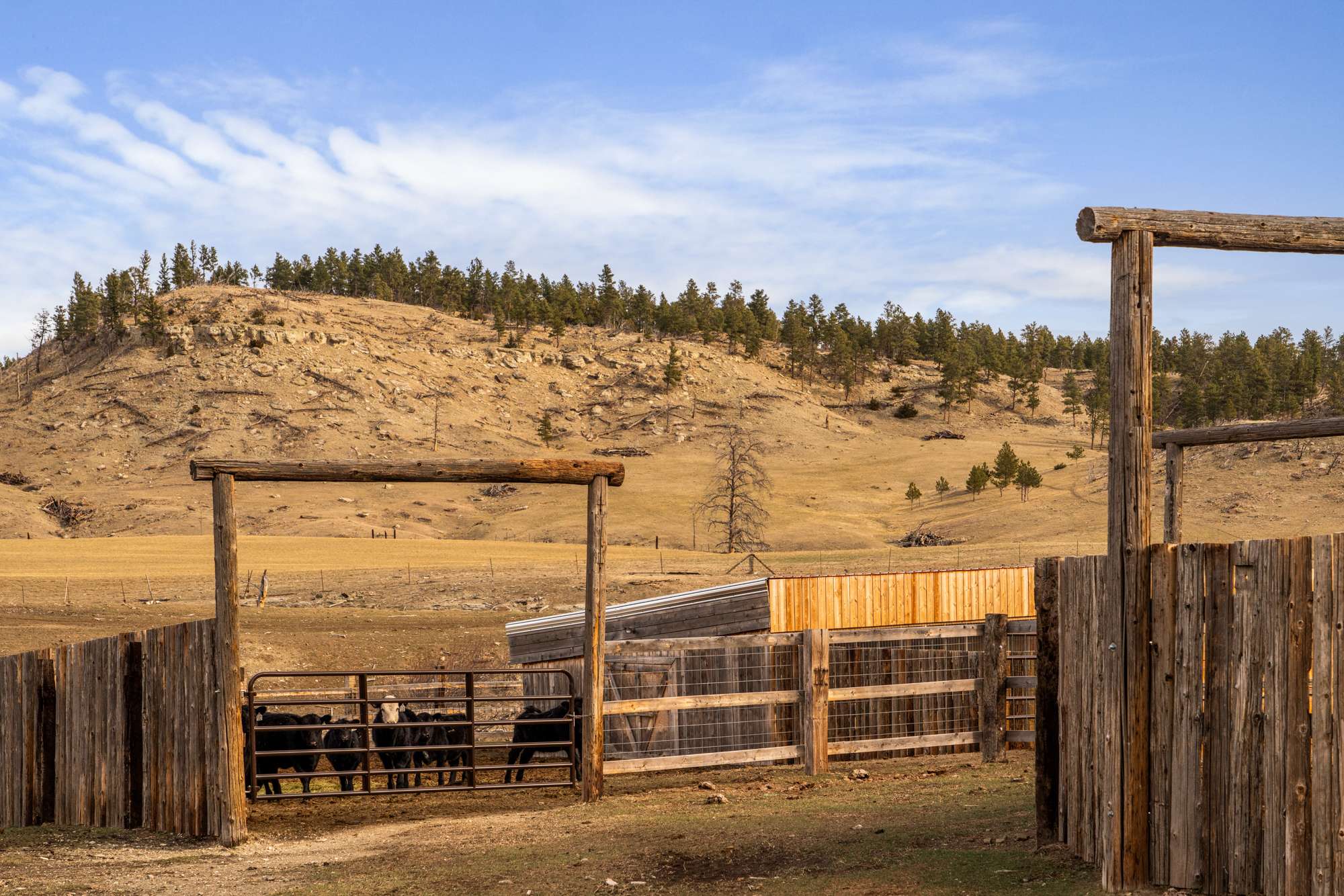 Deadman’s Canyon Ranch is just 20 minutes northwest of Reed Point, Montana.  The ranch is 1280± acres offering a good ratio of clean grass pastures, timbered high ground and draws with multiple springs, rocky bluffs and nearly two miles of a perennial creek traversing the ranch.  Higher elevations offer vast, breathtaking views to snow-capped mountains across perfect landscapes. Modest, well positioned and meticulously maintained improvements ensure the sustainability of this ranch for future generations. Whether an ardent rancher, an avid outdoor enthusiast or both, this ranch will not disappoint. Deadman’s Canyon Ranch is set up to offer a steady return as a well-managed ranch. Elk, Mule Deer, White-tailed Deer, Black Bear and a variety of upland birds frequent the ranch or even call it home. Year round access to the ranch is by way of a good county maintained all-weather gravel road that bisects the ranch helping to mitigate any potential winter travel issues and making it just 20 minutes to I-90. If you’re looking for a quality all-around ranch with both livestock and varied wildlife components with convenient access Deadman’s Canyon Ranch should make your short list.
Deadman’s Canyon Ranch is located entirely in Sweet Grass, near the eastern edge of the county, just about 20 minutes north of I-90 at Reed Point, MT. Several smaller towns are nearby with Reed Point being the closest.  Big Timber is about 40 minutes east and Columbus is about 40 minutes west.  Both towns offer restaurants, groceries, feed stores, and other basic goods and services.  Billings, Montana’s largest city, is also conveniently located in proximity to the ranch at just over an hour drive to the east. Ever popular Bozeman is located just under 2 hours to the west.  Both Bozeman and Billings offer most anything you could want, including commercial air travel through major airlines such as Delta, United and American Airlines.
Deadman’s Canyon Ranch is situated entirely within Sweet Grass County, close to its eastern boundary with Stillwater County. Elevations on the ranch are lowest along the creek in the southeast corner of the ranch at about 4,360’ and climb up to over 4,800 on the south and western boundaries. Views are breathtaking, even from lower elevations as you look up into the timbered hillsides or rocky outcroppings and beyond to the various mountain ranges. Years ago, a forest fire did affect portions of the ranch and the evidence remains with fallen and standing dead timber and burn piles in select places. This is a slow and tedious process.
Access across the ranch has been primarily with a side by side, although much of it can be driven in a pickup. Two-track trails and roads cover the bulk of the ranch making it easy to run fences, check stock, etc. The entire perimeter of the property is fenced in barbed-wire with a small 70± acre portion near the house fenced in livestock or goat wire, which is where the sheep and goats are held. All of the fencing is in good to excellent condition with no deferred maintenance. The ranch is also divided into several pastures making a rotation program easy to administer.  This country is quiet with beautiful night skies without light pollution from neighboring cities or towns. It is bisected by county maintained Deadman’s Canyon Rd, which is a good quality all-weather gravel road. Don’t be fooled into thinking the road bisecting the ranch is a bad thing. This road is only used by the few adjoining neighbors and is very lightly traveled giving the ranch good access while still maintaining its private nature.There is no irrigation, either by flood irrigation or pivot. However, there are a total of about 160± acres of improved dryland farm ground laid out in several pieces that are typically cut and baled.
The remaining acreage is native pasture with varying levels of timber coverage and meadows mixed with brush for cover, running creeks and strong native grasses.On a clear day, 5 mountain ranges can be seen from the property. The Beartooth Mountains to the south and the Crazy range to the west are the most predominant. However, the Pryor, Bull and even Bridger’s are often readily visible. Only one neighboring ranch homestead is visible from the property. Wildlife is prevalent on the Singbeil Ranch offering the avid outdoorsman ample opportunity to hunt or simply view Elk, Mule Deer, White-tailed Deer, Black Bear and a nice variety of upland birds including grouse and partridge. The creek and several developed springs are regular stops for all the wildlife that inhabit the area.Weather in the area is typically dry and clear in the summer with highs averaging in the upper 80’s and cold dry winters with lows averaging in the middle teens. Average annual rainfall is 15± inches while snowfall typically reaches 50± inches.

Deadman’s Canyon Ranch is located entirely in Sweet Grass, near the eastern edge of the county, just about 20 minutes north of I-90 at Reed Point, MT. Several smaller towns are nearby with Reed Point being the closest. Big Timber is about 40 minutes east and Columbus is about 40 minutes west. Both towns offer restaurants, groceries, feed stores, and other basic goods and services.  Billings, Montana’s largest city, is also conveniently located in proximity to the ranch at just over an hour drive to the east. Ever popular Bozeman is located just under 2 hours to the west. Both Bozeman and Billings offer most anything you could want, including commercial air travel through major airlines such as Delta, United and American Airlines.


The primary home on Deadman’s Canyon Ranch is a very well maintained 3 bedroom, 2 bath manufactured home. Also, still on site today, is the original homestead house believed to have been built around 1900. Although it hasn’t been occupied in quite a while, it still speaks to the charm of a day long past. Pride of ownership is apparent, not only in the home but on the surrounding grounds and outbuildings.The barns are tidy and well kept, pens are clean and all the outbuildings function as they should. Make no mistake, this is a fully-functional livestock lot capable of being operated and tended by one person. Cattle and hay trucks have easy access to loading chutes and storage areas as they are thoughtfully located adjoining the main road.Additional structures include a dog kennel house with indoor/outdoor runs and indoor feed and storage just behind the main house. Since the current owner utilizes border collies to work his stock, he makes sure they are well cared for.There is also a charming fenced in chicken yard complete with coop providing fresh eggs daily. This ranch even has a small pig pen to raise your own pork.  There are also a number of other types of storage sheds and buildings for a variety of uses available across the lot.


The ranch is set up to operate cattle, sheep and some goats. Since the perimeter fencing for the ranch is barbed-wire, the sheep and goats are relegated to the smaller 70± acre trap near the house, which is fenced in livestock wire. There are 160± acres of improved dryland farm ground which is made up of smaller segments curling around the landscape to take full advantage of the prime soils. In a normal year, these segments are cut and baled to help offset winter hay expenses, but typically additional hay must be purchased to supplement the stock. Ideally, the current owner would run approximately 100 cattle pairs year around, along with 30 ewes and a dozen or so goats. Of course, the need for supplemental hay is likely under the current drought conditions.