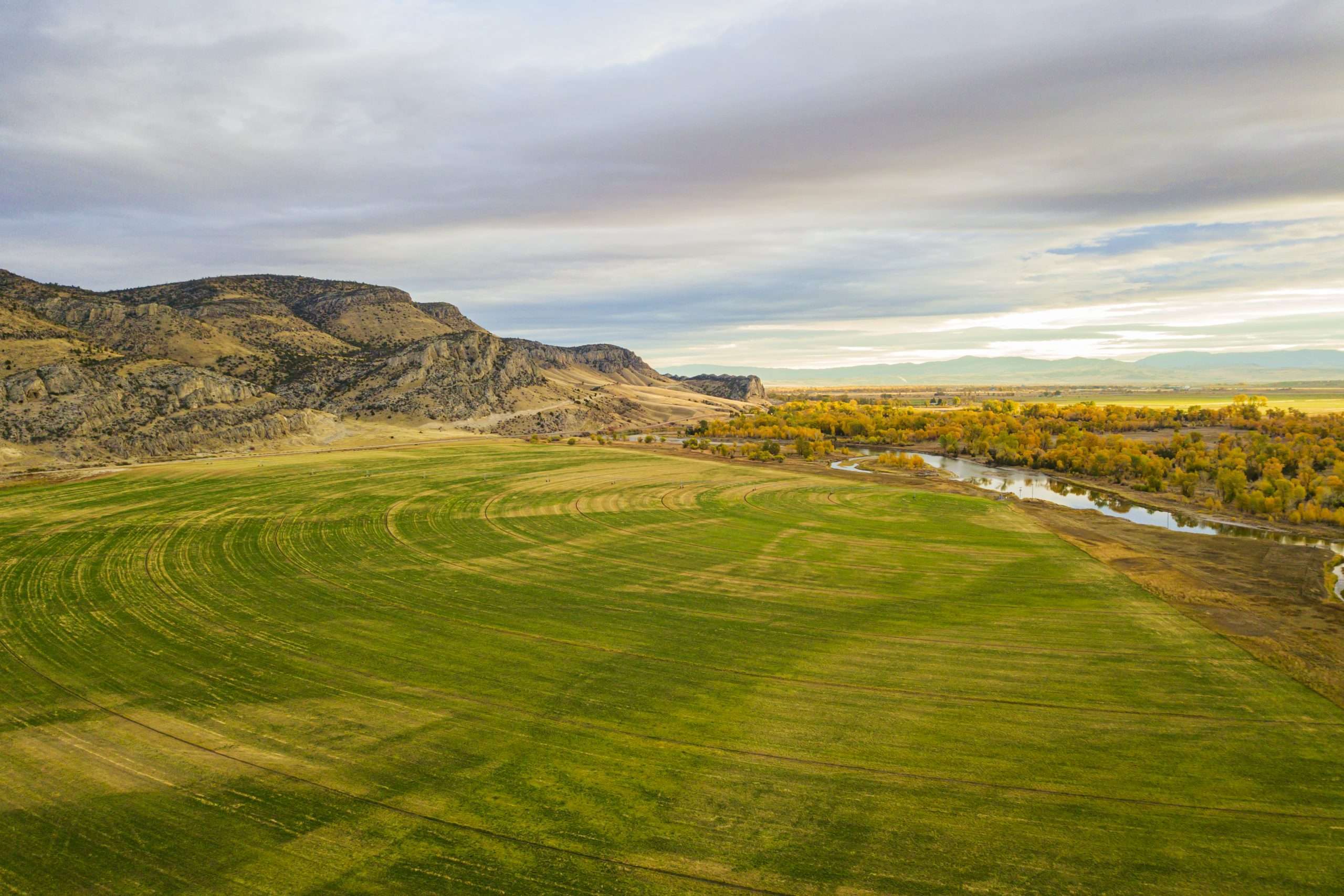 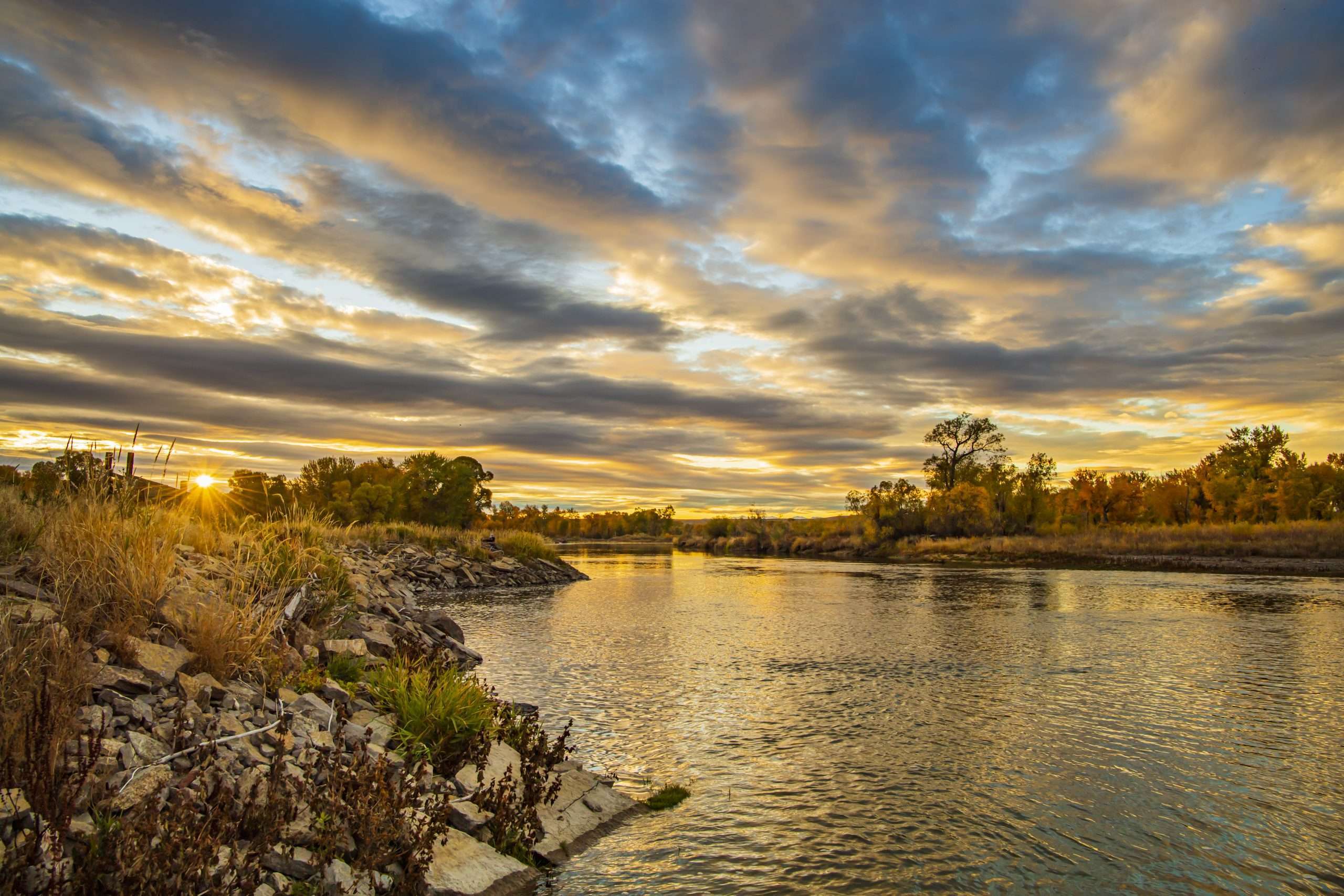 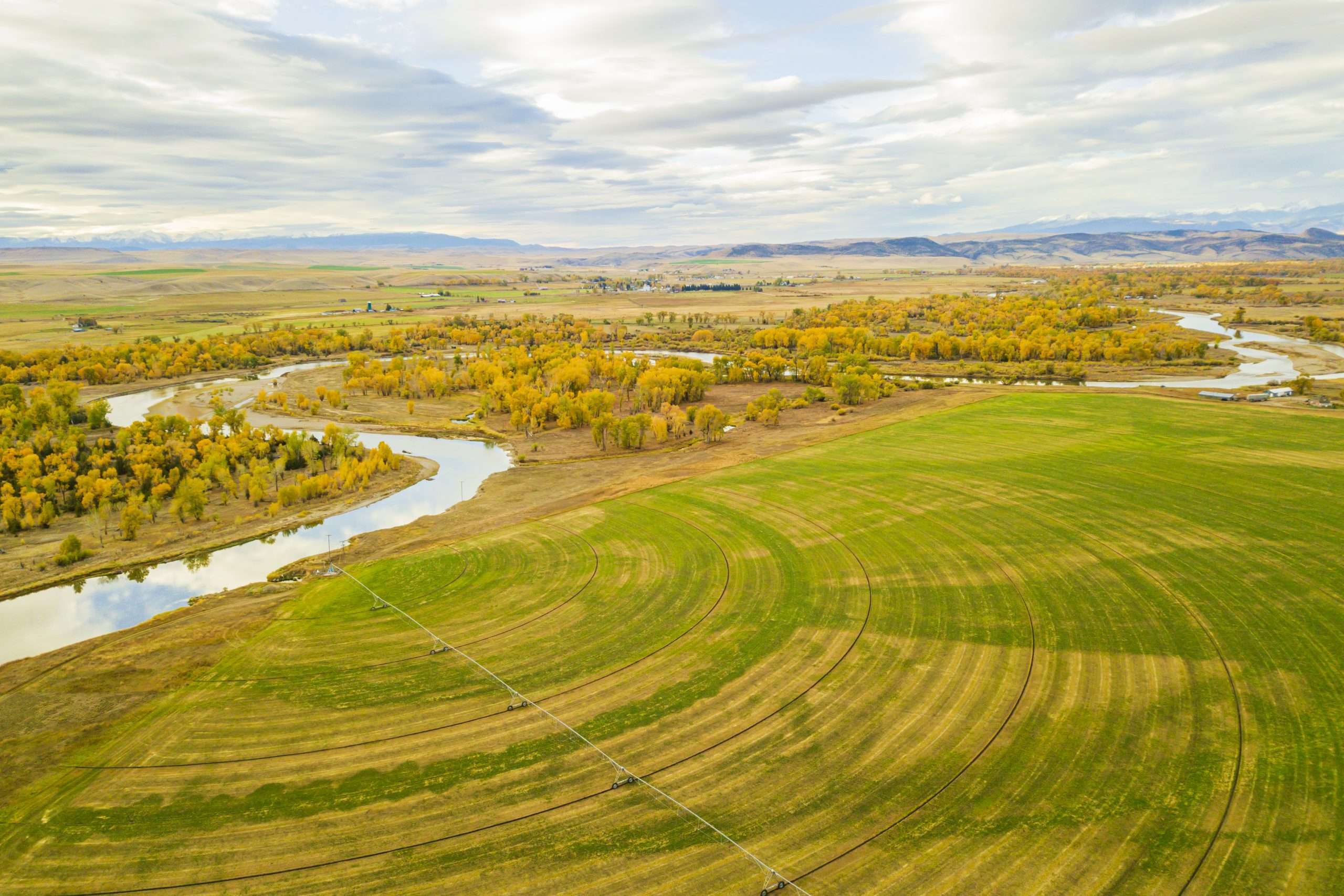 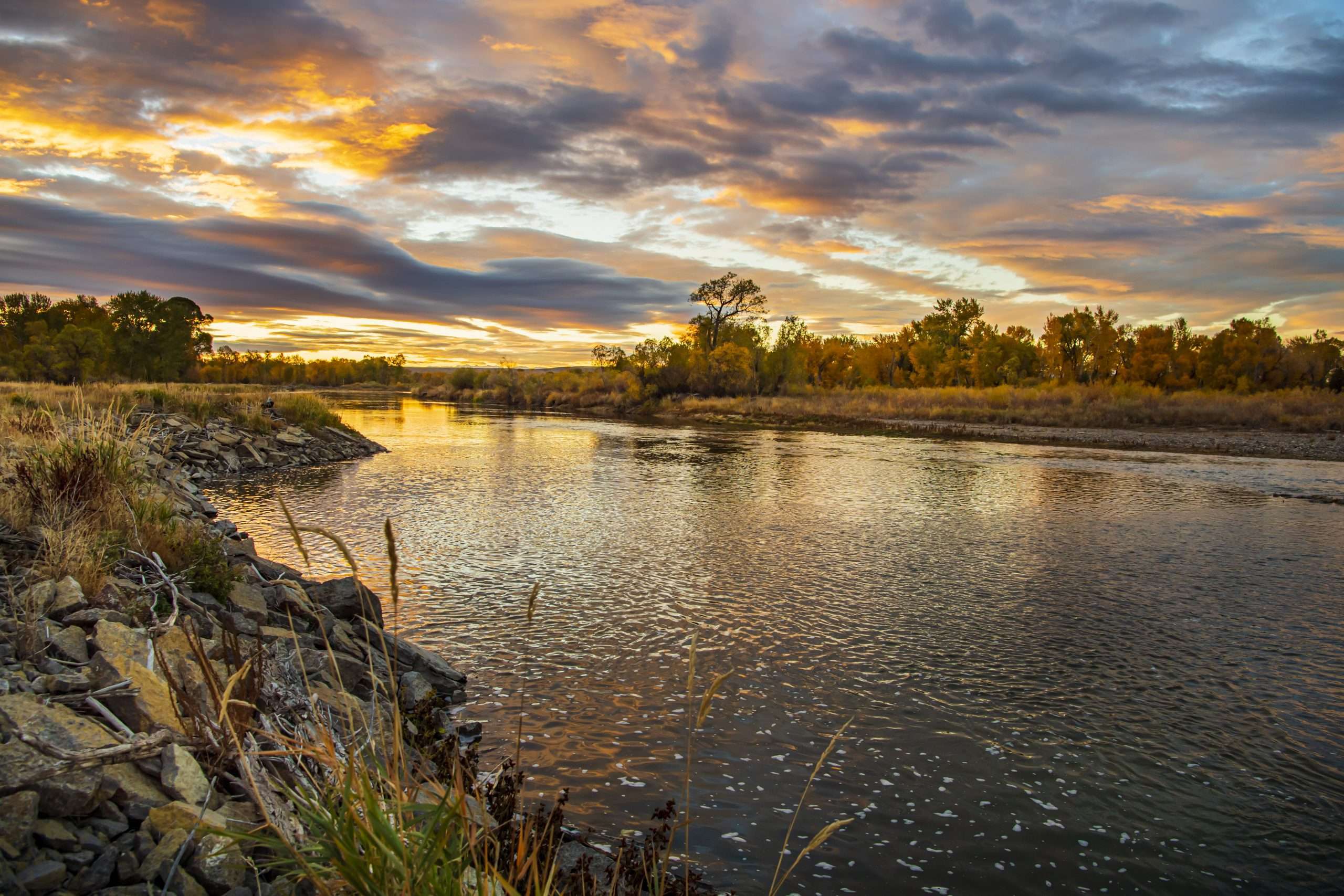 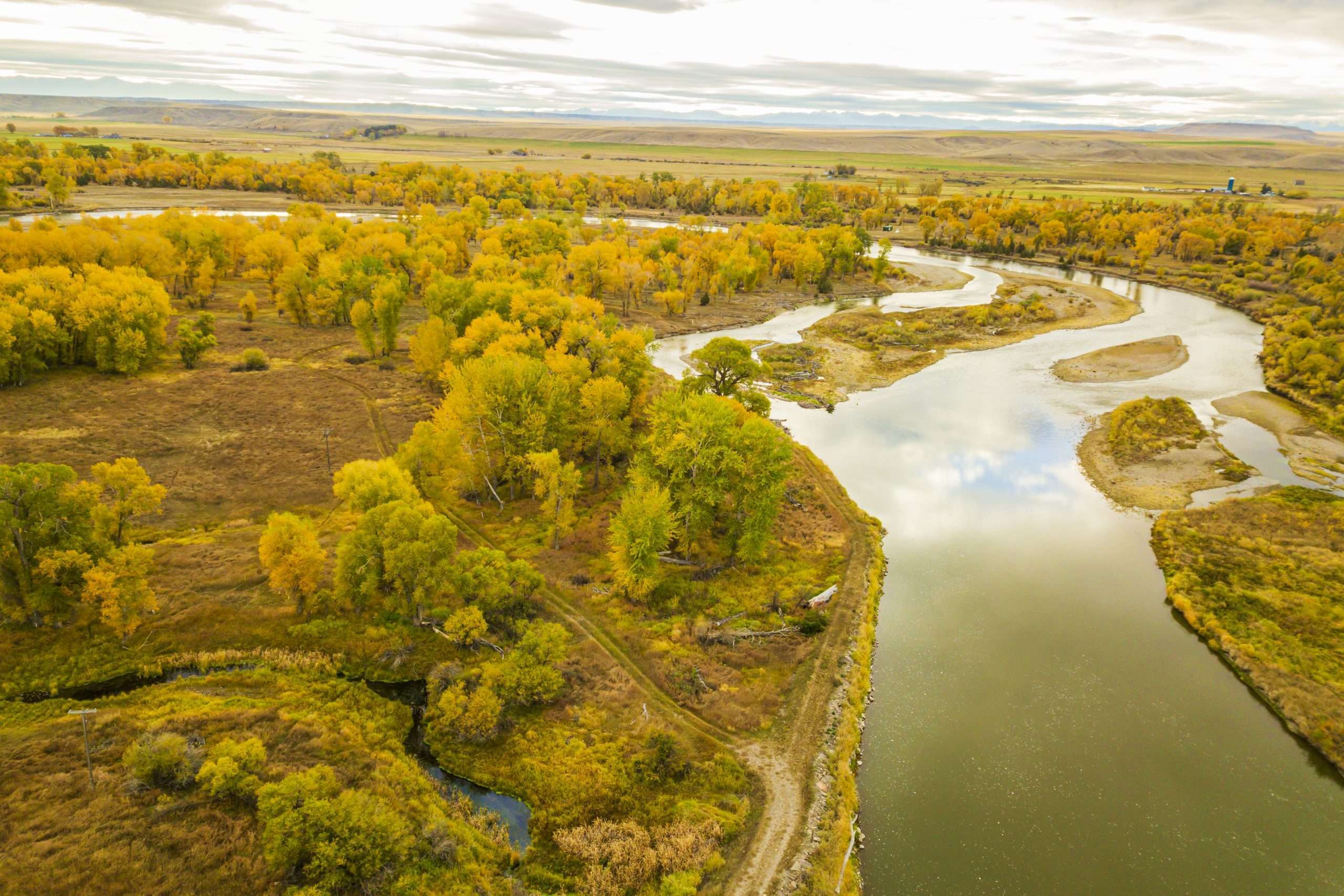 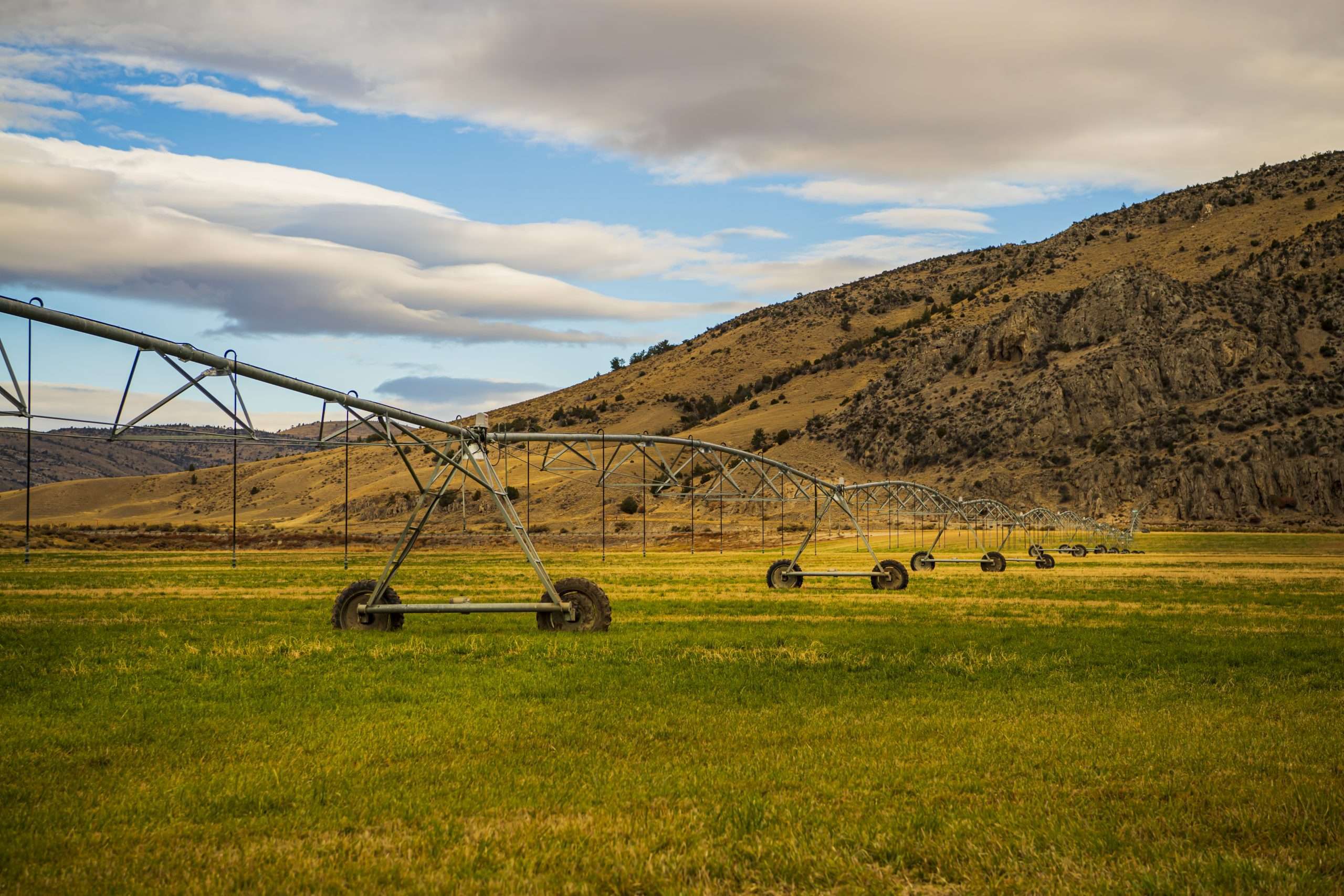 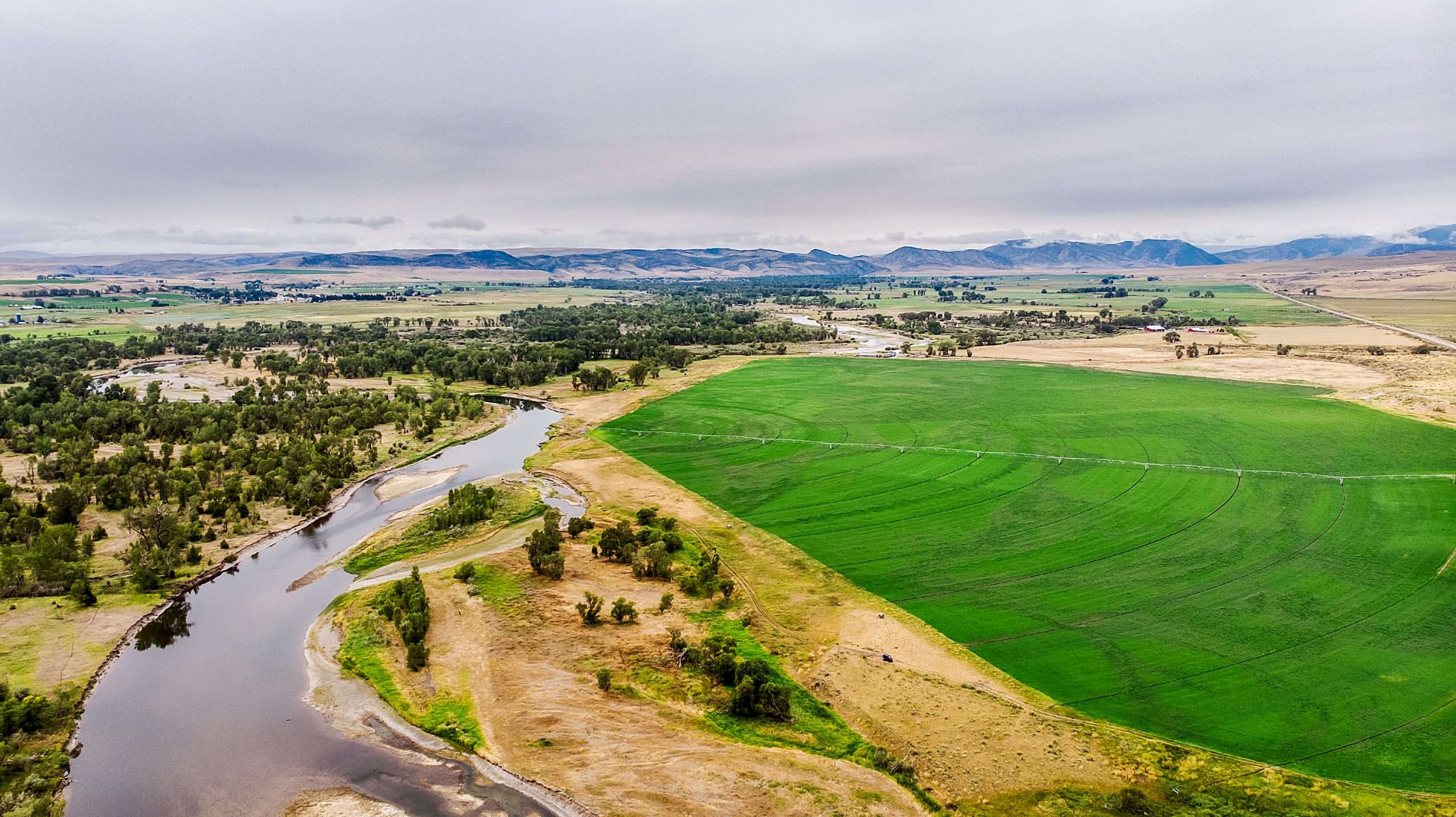 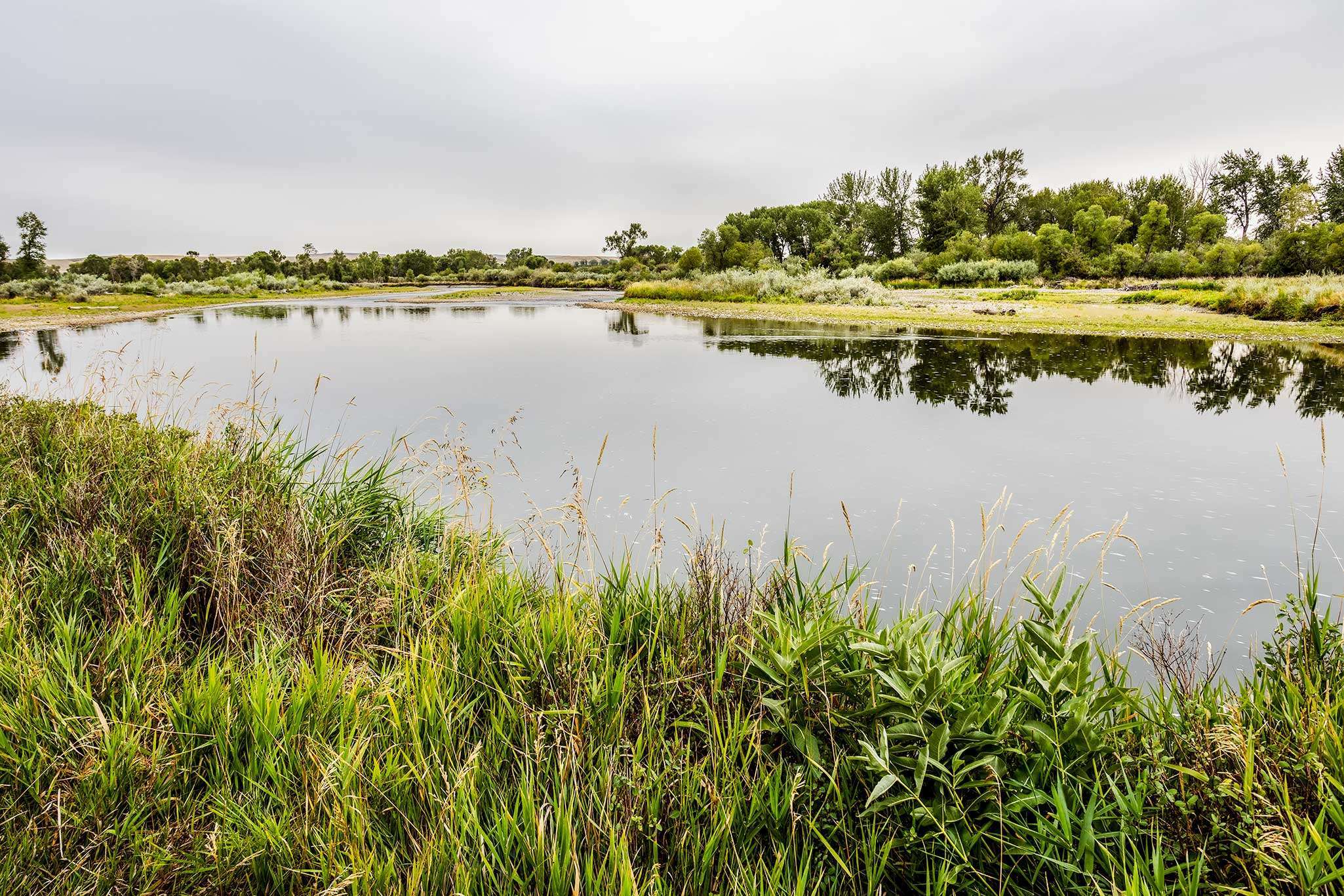 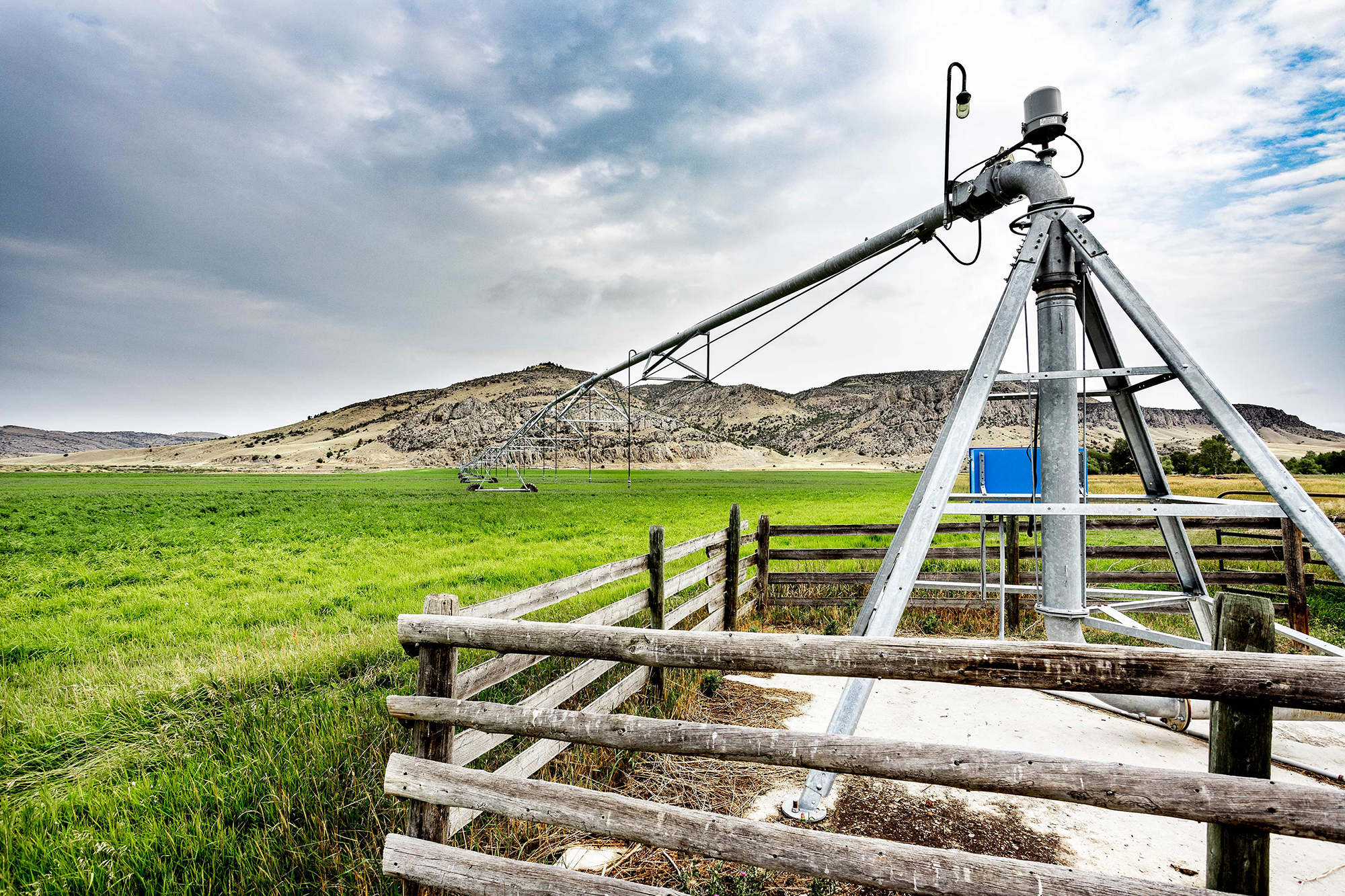 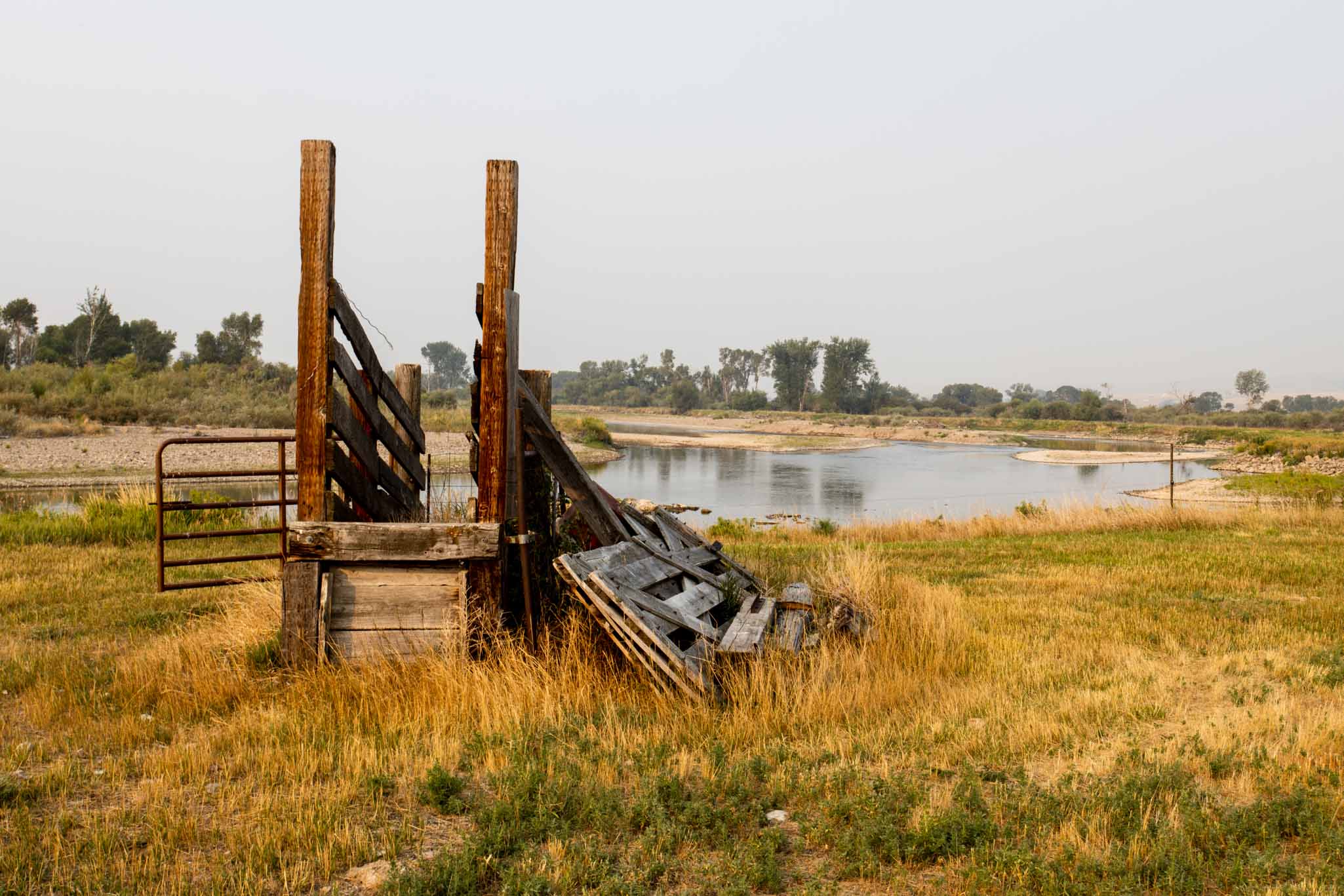 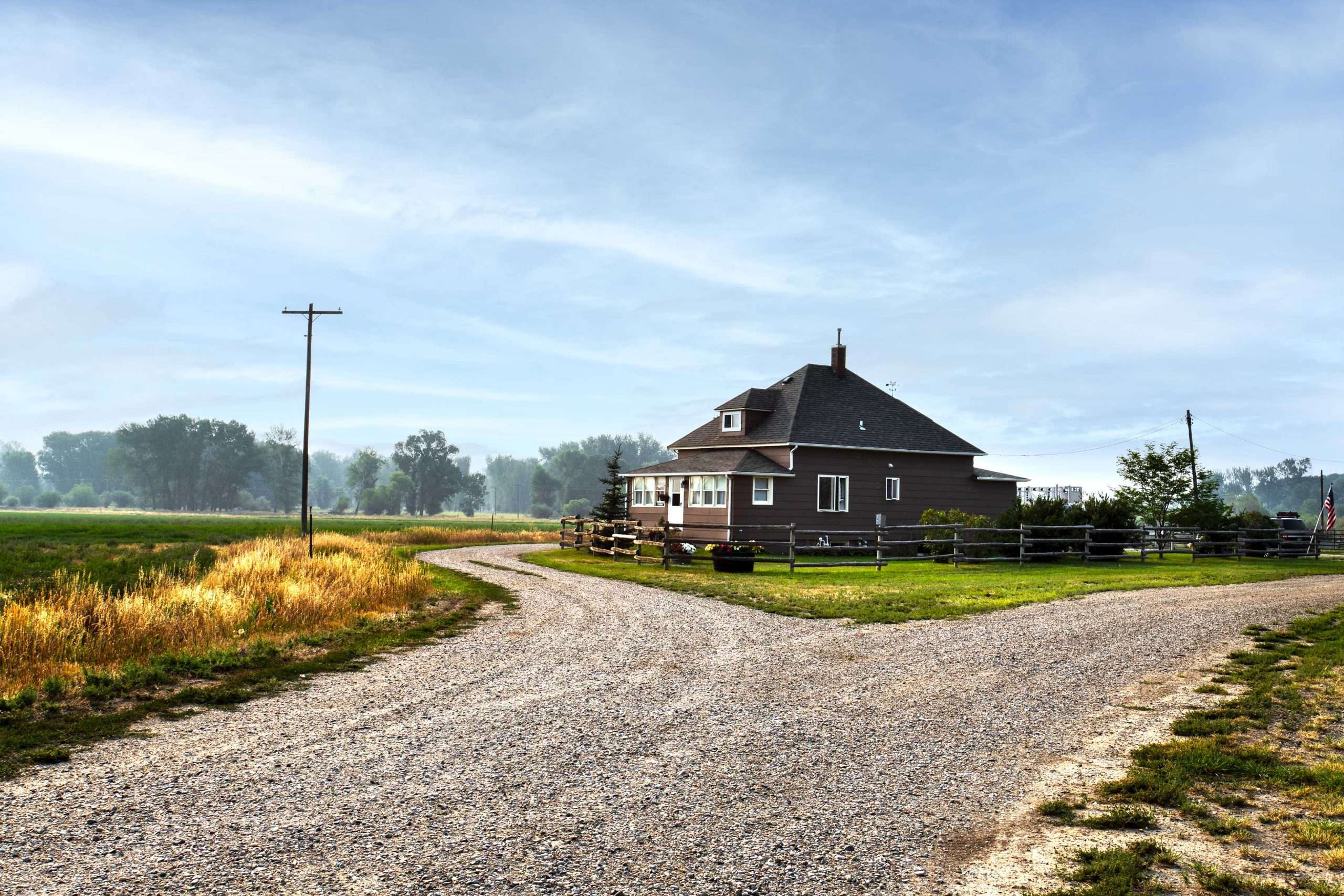 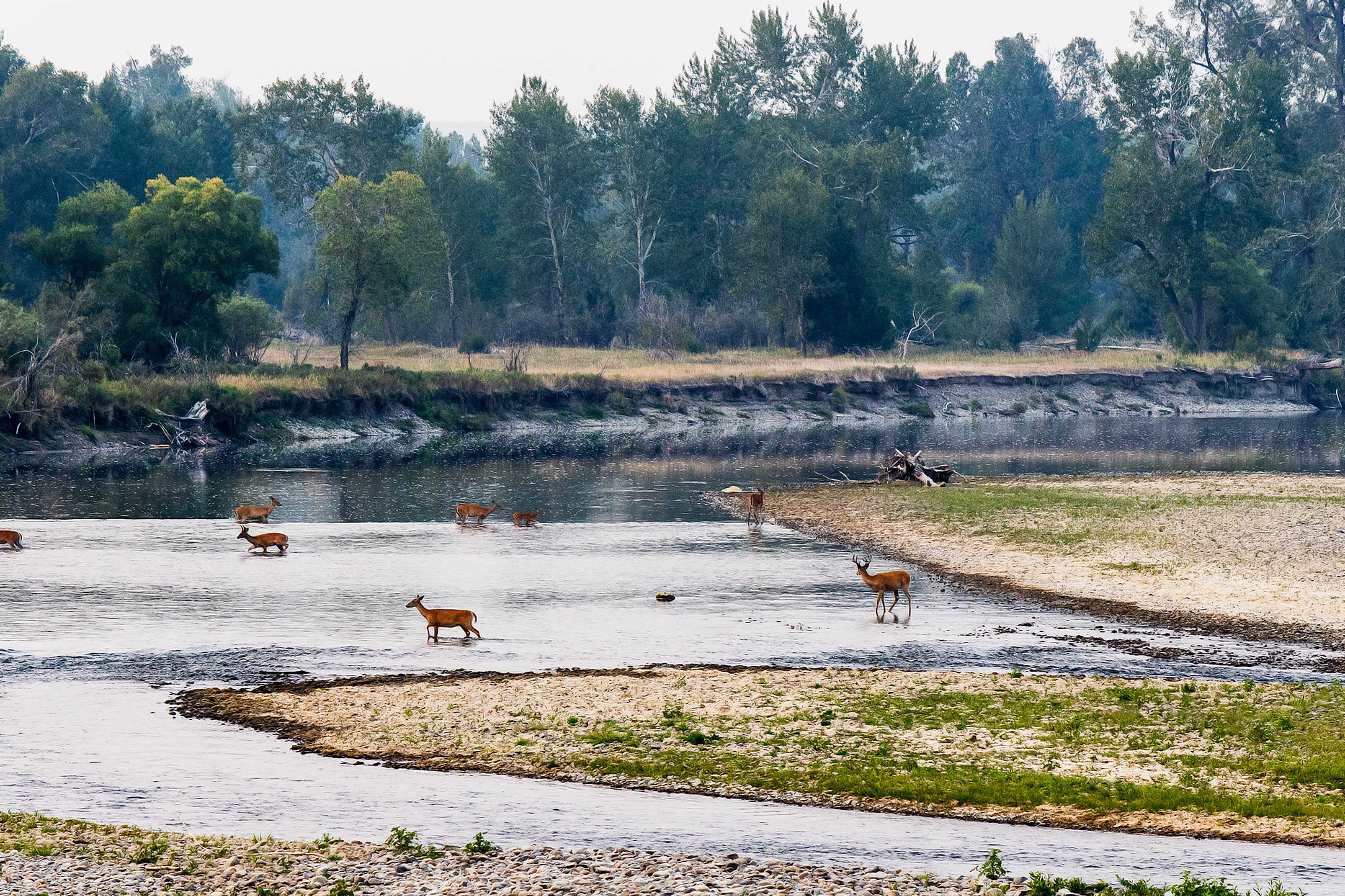 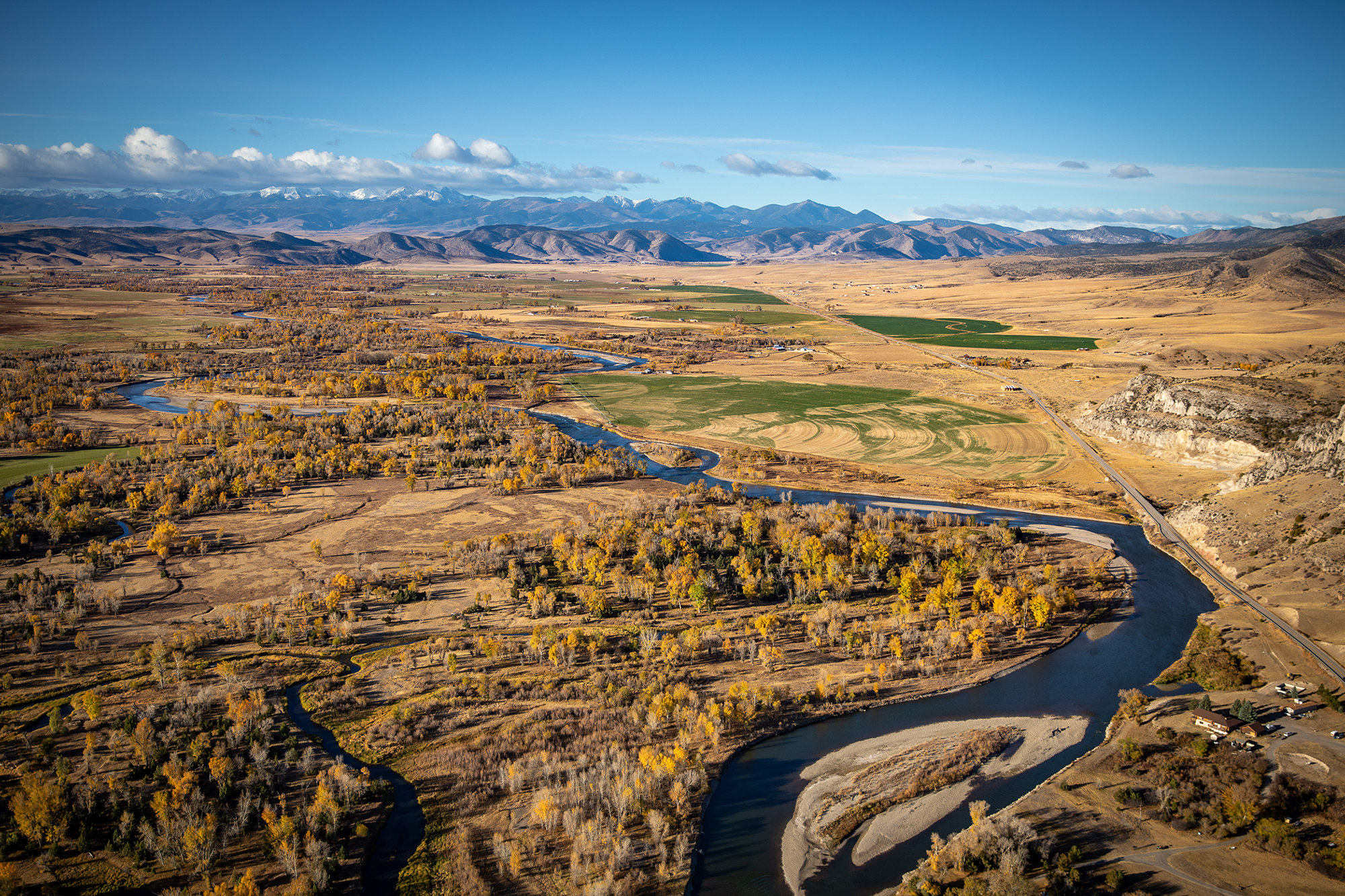 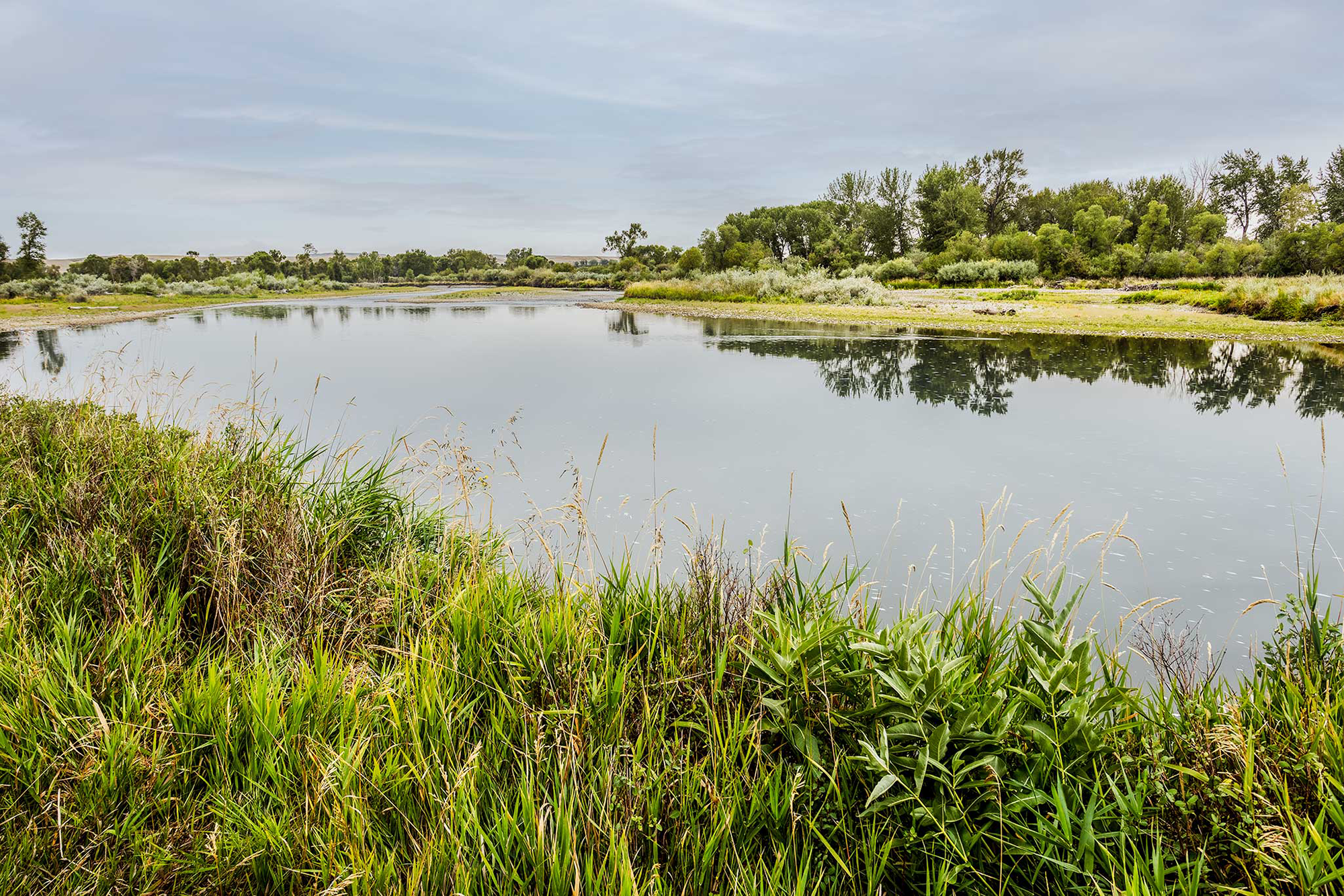 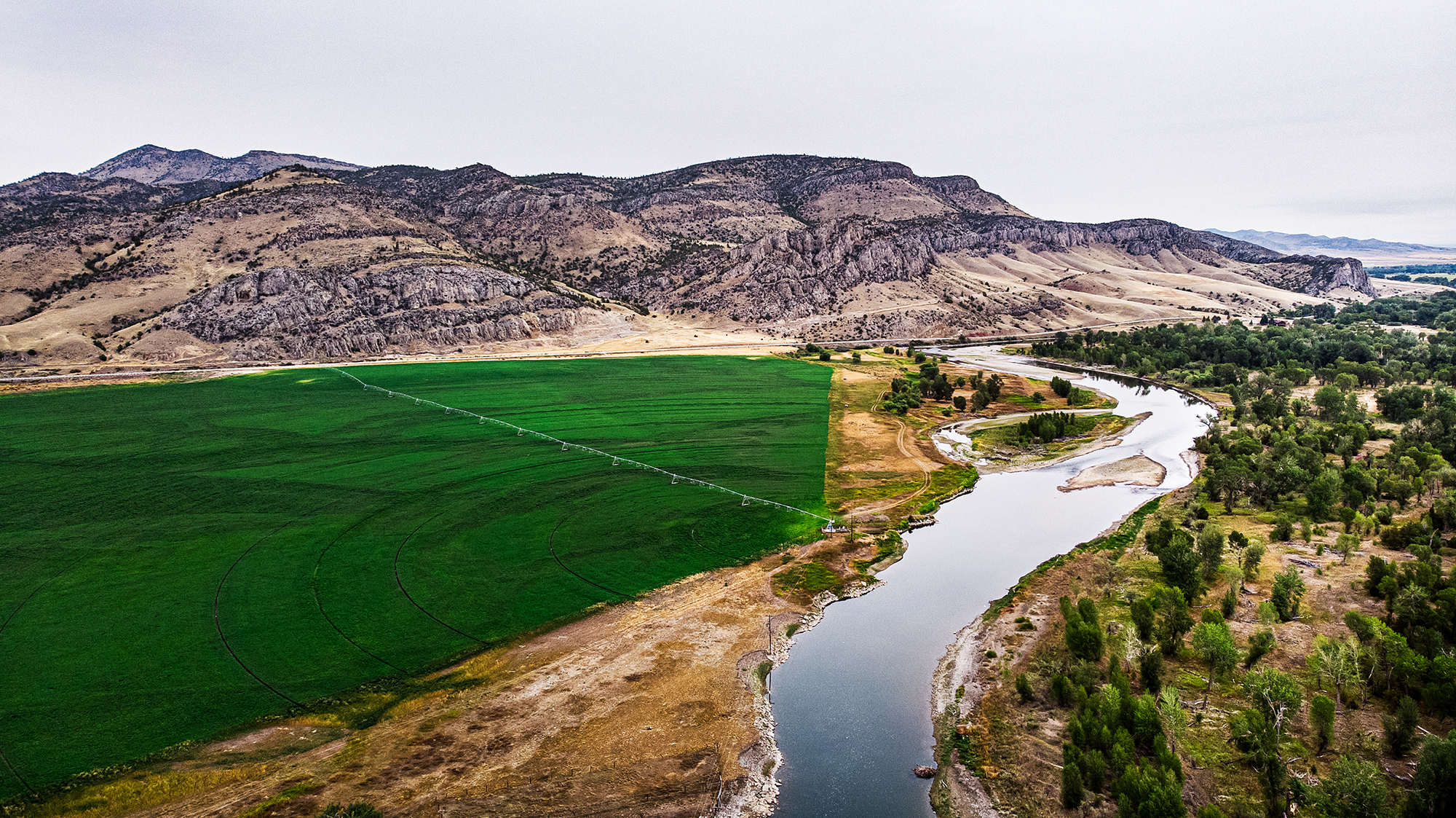 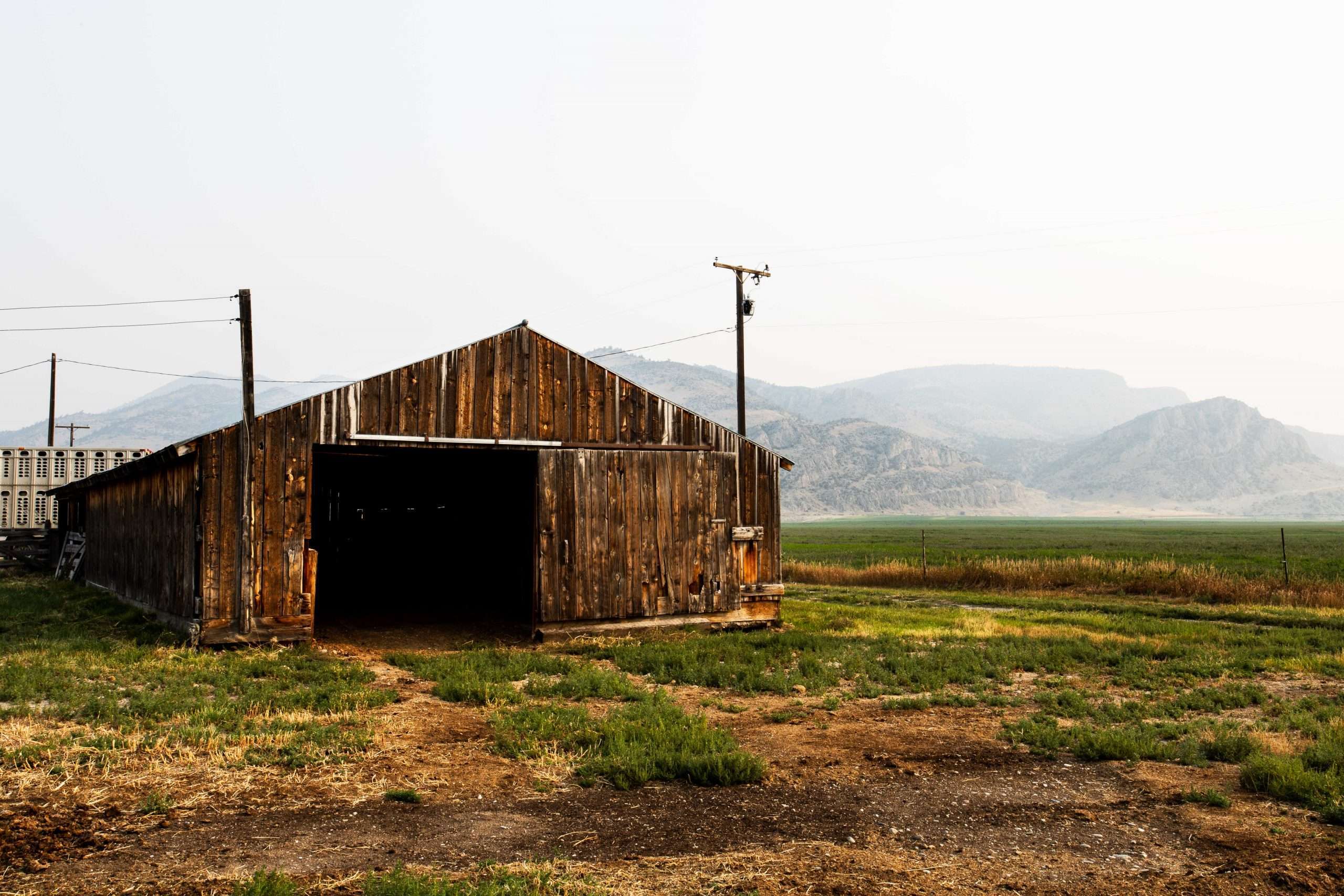 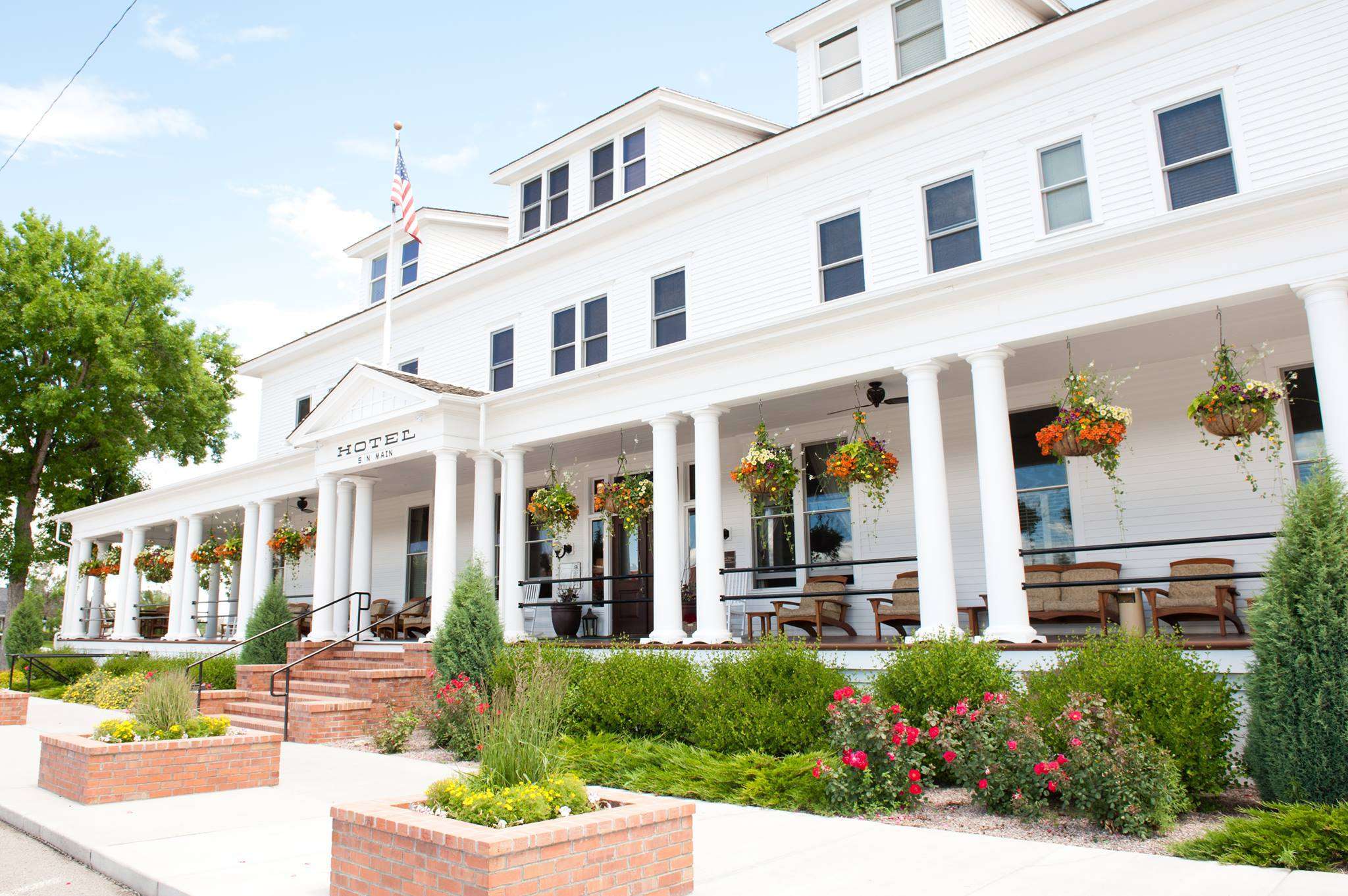 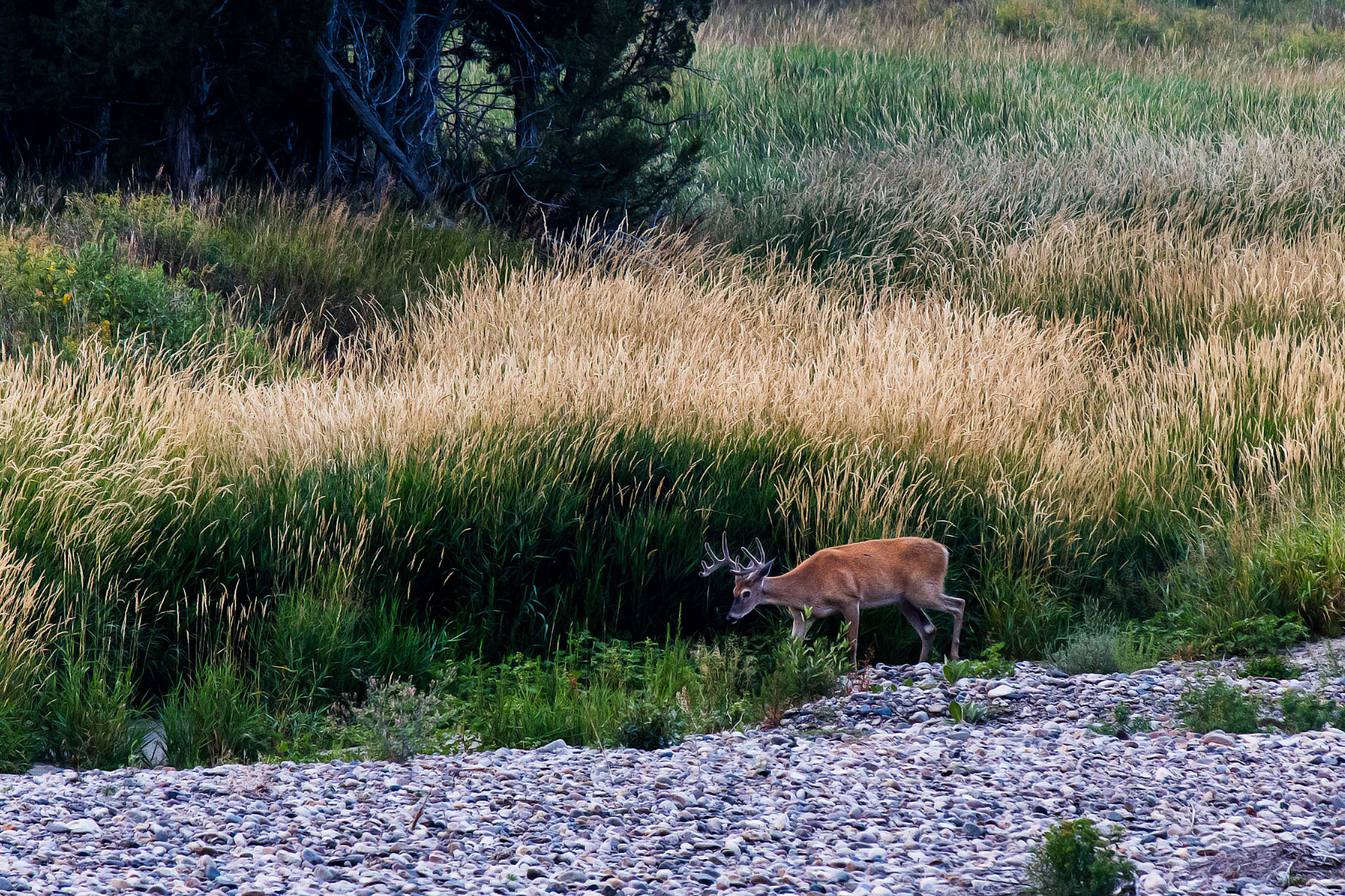 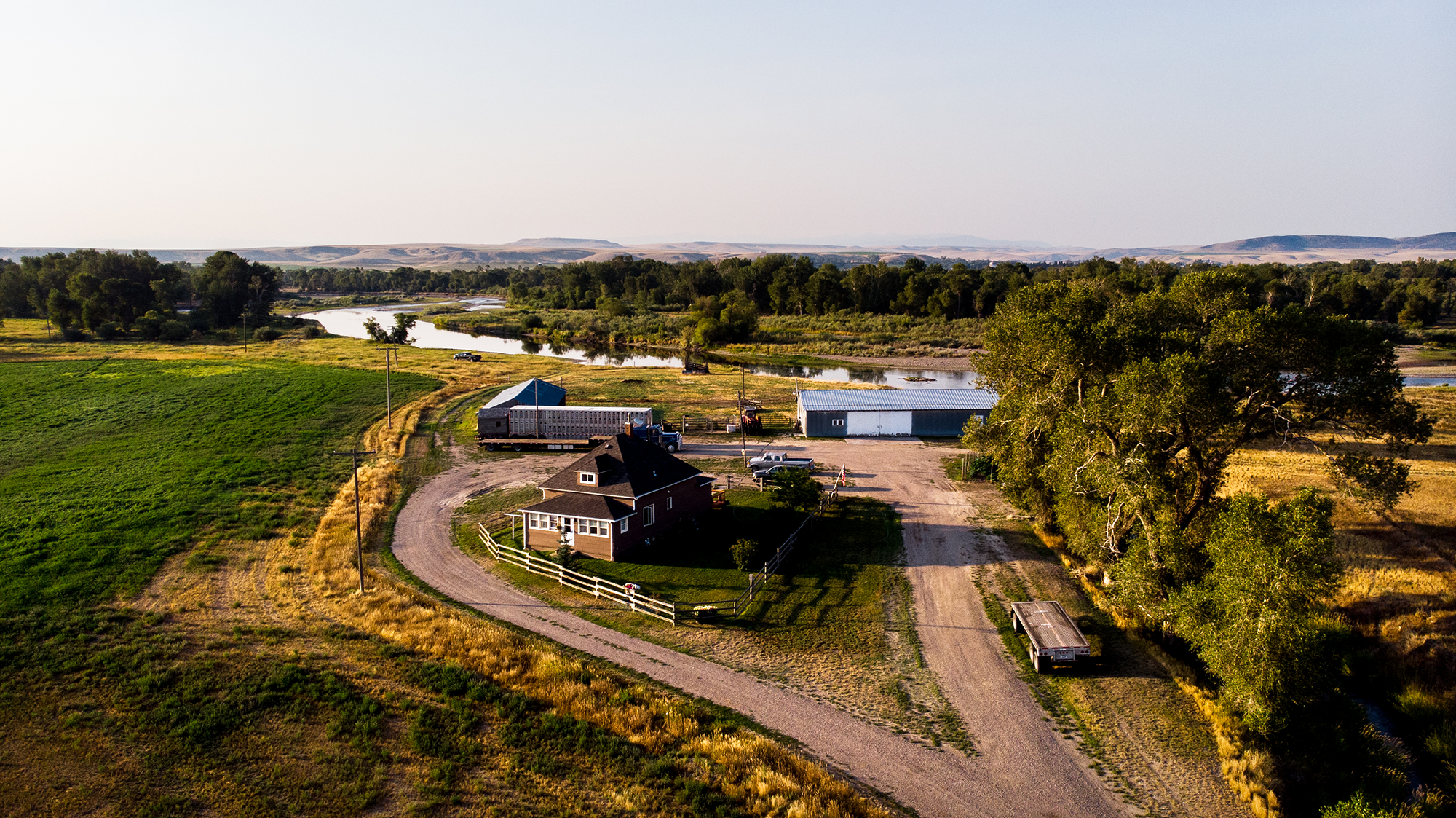 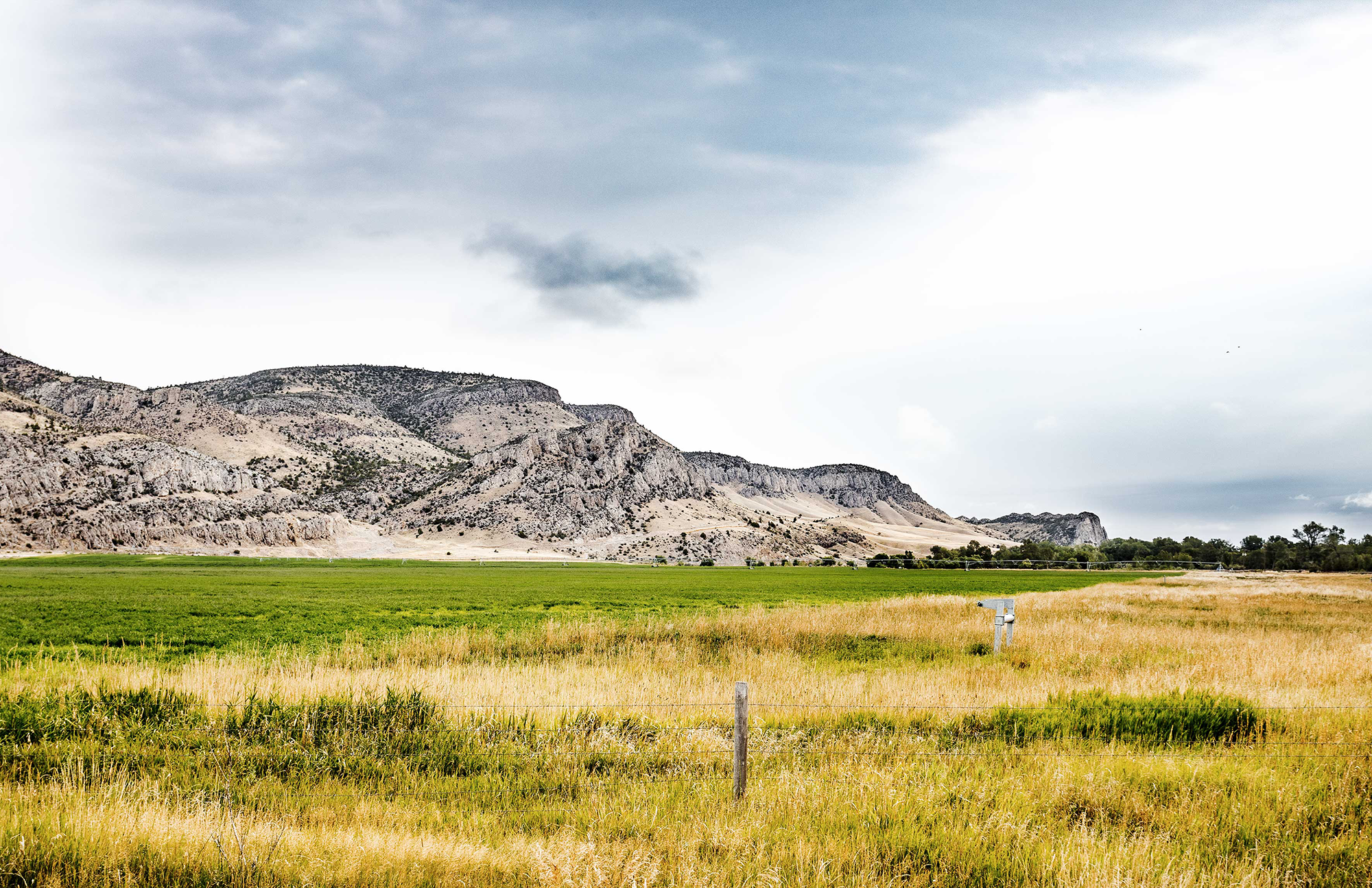 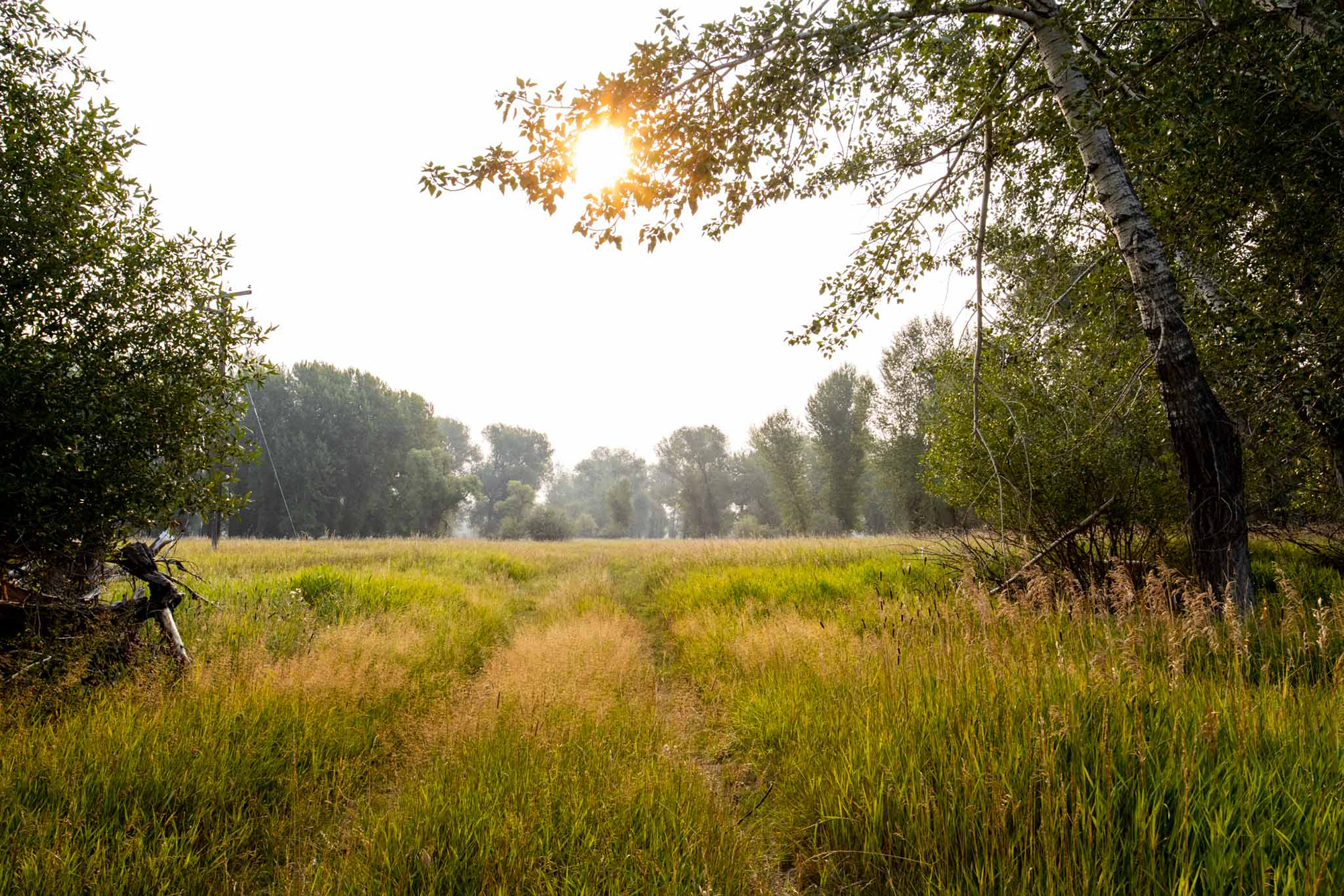 Colter’s Run Ranch offers a unique combination of quality hunting and fishing along the banks of the Jefferson River, with two agricultural revenue components delivered by way of paved Highway 287 frontage. This 285± acre property is conveniently located only 10 minutes from the authentic western town of Three Forks, Montana, and just over 30 minutes to all the amenities that the highly-coveted-Bozeman, Montana has to offer. Colter’s Run Ranch has been established as a family hunting and fishing getaway that will continue to prosper for generations. Combining the recreational aspect with the ability to generate a revenue stream from crops and/or cattle, this perfectly sized ranch can be your family’s escape for years to come.

Colter’s Run Ranch is rich with history and tales of the American West and is notably named after John Colter’s Run in 1809 which happened very close to, if not on, the ranch. According to the story Potts and Colter, trappers from the Lewis and Clark Expedition, were setting traps on the Jefferson River when they were caught by Blackfoot Indians.Although Potts did not survive the encounter, the Blackfoot gave Colter a chance to run for his life.The chief instructed Colter to run, giving him a head start, then he allowed members of the tribe to pursue him. Colter, who was familiar with this tradition, knew that he must outrun the Blackfoot if he had any chance of surviving.Colter bolted to the Madison River, jumped in, and swam under a beaver dam to take refuge. The rest of the braves soon arrived, searching for him and at times stood on top of the dam where Colter was hiding. Once they left Colter swam down the river and traveled all night until he escaped from the Blackfoot.

Colter’s Run Ranch is situated entirely within Broadwater County, at its southernmost tip, with the Jefferson River serving as the boundary between Broadwater and Gallatin Counties. The aesthetics of the ranch are breathtaking as you wander along the river’s edge as it flows over riffles and pools, under towering cottonwoods, all coming together perfectly to create a beautiful wildlife habitat.With nearly 2± miles of natural river frontage, water conditions vary from deep, slower moving currents to shallow riffles and shoals with some braids around gravel bars, offering a fishery available to float, wade or just walk the banks.To the west and southwest, the Tobacco Root Range offers coveted mountain views with snow-capped mountains.Most neighboring ranches are of good size with only a few homesteads within the viewshed of the ranch.Wild game is abundant on the ranch and any given day sightings could include moose, mule deer, white-tails and an occasional elk as they move along the banks of the river or into the pivot irrigated field to browse, all of this with eagles soaring overhead. The current owners have utilized the ranch as a family recreational retreat, not as a daily residence. So, should the new owner wish to continue in that manner, the reins could be seamlessly passed.

Built in 1946 as a schoolhouse, and later moved to its current location, the 2 bedroom, 2 bath farmhouse has been tastefully remodeled. The style and charm of the home harken back to a simpler time and a life centered around the land. Today, the farmhouse is a charming, comfortable and fully functional home built out of the floodplain, and it readily captures the beauty of its surroundings.Additional structures on the ranch include a large metal shop on slab with a stove, and a large wooden livestock barn good for cattle or horses. A loading chute is still on site, but sorting pens or corrals would need to be added to the new owner’s specifications. Each of these structures are within easy walking distance from the home, fronting a large circular driveway.

Colter’s Run Ranch currently farms 120± acres of alfalfa under a 12-tower pivot with water rights from the Jefferson. For the new owner, this effort could be handled independently or leased out to a neighboring farmer. Typically, this 120± acres yields three and a half to four and a half tons of hay.

Good soils can be found across the ranch with the 120-acre pivot irrigated ground being highly improved.

The elevation of the ranch is approximately 4,100 ft and offers level to gently rolling terrain in some areas with various creeks and tributaries coursing through the property. Much of the riparian area around the river and the lower portions of the irrigated cropland is in the floodplain, limiting future development in these areas both on the ranch and on the adjoining ranches, creating a nice buffer against future development and growth within the immediate viewshed of the ranch.Weather in the area is typically dry and clear in the summer with highs averaging in the mid 80s and cold dry winters with lows averaging in the middle teens. Average annual rainfall is 13± inches while snowfall typically reaches 32± inches.

Three Forks, Montana with a population of about 2,000± offers small town hospitality and a friendly nature that can be hard to find these days. Three Forks is home of the renovated Sacajawea Hotel and its wonderful restaurants, the Iron Horse Cafe & Pie Shop, the Wheat Montana Bakery and the Three Forks Saddlery. The town also has a local grocery store, gas stations and most general supplies one would need on a daily basis.Colter’s Run Ranch is just west of Bozeman, Montana, cited as the fastest growing micropolitan statistical area in the U.S. for the last three years. The city, once considered a cow town, is home to the state’s largest university, Montana State, and numerous upscale restaurants, hotels and shopping experiences. Big Sky Resort, Moonlight Basin and the Yellowstone Club, along with their ski runs and golf courses, are less than 90 minutes from the ranch.